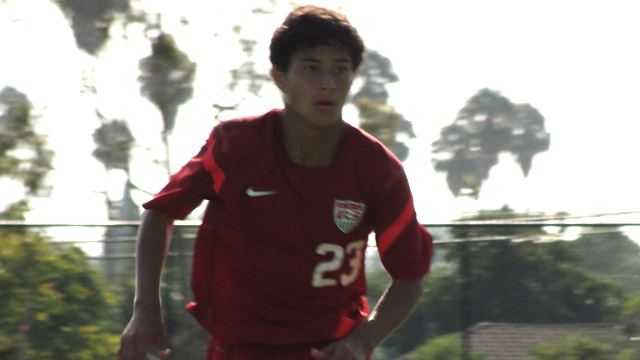 Joshua Perez is far from an unknown commodity.

His club, Chivas USA, was generous enough to let the young pupil play up three age groups with its U16 Development Academy team last season where Perez was a regular starter when available. 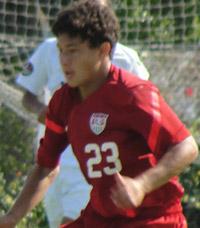 His travel destination lately has been a small city in Tuscany where Italian top flight club Fiorentina has not so quietly been keeping close tabs on the American youngster.

With that type of pedigree, it is no surprise the curly-haired winger is rapidly gaining steam as, arguably, the most promising prospect in the U.S. youth national team structure right now at only 14 years of age.

Last week, Perez put another feather in his camp with a brilliant performance for the U15 Boys National Team in the final camp for the 1997 age group. Perez, a 1998, was one seven younger players who were brought into the camp as part of the transitional period.

The extraordinarily-gifted attacker showed his ruthlessness against older competition during the two scrimmages where he unmercifully charged at helpless outside defenders.

He made a spectacle of getting behind the right side of the defense and whipping in crosses with the occasional individual effort sprinkled into the mix.

This is nothing new for Perez though. He has been playing against bigger competition for years, as his club coaches and youth national team coaches continue to push him in his development.

It is not early maturity or otherworldly athleticism that sets Perez apart, it is how he sees the game and what he can do with the ball. He possesses the tendencies of a player who has been given a solid foundation to grow.

And while Perez has inched his way apart from the chase group, there are a handful of players from the 1998 age group, which is the birth year for the 2015 U17 World Cup, that have tasted success playing up an age as well.

Nomads’ Joe Gallardo was the leading scoring at the most recent U15 camp with three goals in two games. PA Classics’ Christian Pulisic provided a couple of assists in the two games. Columbus Crew’s George Braima fought his way into a starting spot with the team at outside back.

Surf’s Luca De La Torre was a handful defensively in the center of the park with darting runs all over the pitch. Chivas USA’s Hugo Arellano was solid all week at outside back. And PDA’s Kevin Silva showed maturity in the net with his adaptation to the possession style for the U.S.

“I wanted to get a head start with these seven guys,” U15 BNT head coach Tony Lepore said about the group of ‘98s in this camp. “It’s been a really positive week. It has been nice to have the 1998s with us – nice dynamic and it has accelerated their development.”

The coach revealed that this next U15 BNT cycle, which is only players born in 1998, would get into full swing with the camp in October. Another month to wait before those seven, plus a couple of dozen more, descend on the Home Depot Center where they have played (and defeated) pretty much every team in the area already.

That will be the challenge for Lepore and his staff in keeping the players interested and challenged as familiarity and repetition begin to set in with these camps.

Even with all the hoopla about the ‘98s, the coach was quick to direct some attention to the ’97 group as well, which moves into a difficult period. For those players that missed out on the Residency Program, there normally is not another camp until the U18 Men’s National Team in a couple of years, but Lepore said that is changing.

U17 MNT head coach Richie Williams will be bringing the core of the ’97 group that was at the Home Depot Center last week into Florida for a few camps to keep them in the mix for next year’s U17 CONCACAF Championship.

There is talent there with Sebastian Saucedo, Abdulkadir Haji, Collin Fernandez, and Coy Craft just to name a few, but the shadow of the Joshua Perez and the rest of the ‘98s is difficult to escape and that was true for September’s camp.