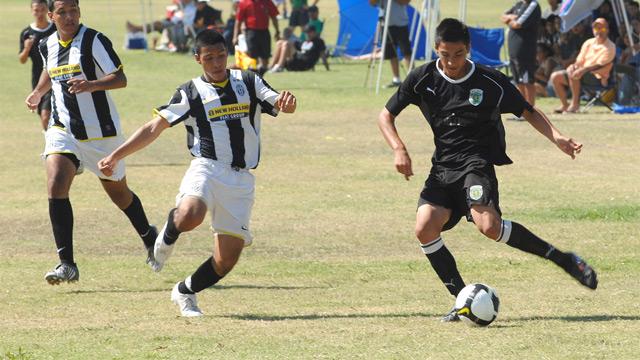 Here is the club soccer Players To Watch Team of the Month for the Northern California & Hawaii Region.

Nick Krahnke, U17 East Diablo United U17, Brentwood, California, Midfielder: This season in the U-17/18 NorCal Premier Division, East Diablo United SC Impact Lightning 93 midfielder Nick Krahnke's brilliant passing touch and field vision producing 4 goals and 6 assists in the last 8 games. Not only does Nick excel on the field but also in the class room as well carrying a 3.35 GPA including A.P. classes. Nick also serves as a second year captain of his High School team, with aspirations to play at the next level in college and at present, Nick is considering Sonoma State University. 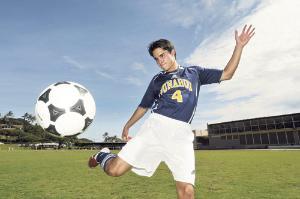 Scott Granger, Honolulu SC Bulls
Luis-Gabriel Nicolas Charvet, East Diablo United U17, Brentwood, California, Goalkeeper: Luis-Gabriel Nicolas Charvet's consistent and solid performance is key to the Impact Lightning 93's success.  "Nico" is a student of the game displaying advanced technical ability and lightning fast reflex's which make it very difficult for opponents to score on him. His goals against average is very low which helped the Impact Lightning 93 squad win the Copa De Campiones in Sacramento and advance to the NorCal Gold State Cup finals in May. Nico is a second year captain on his High School team while carrying a 4.0 GPA. with numerous A.P. classes. He is currently considering several colleges to continue his academic and playing career.

Jorge Lopez, East Diablo United U17, Brentwood, California, Defender: Jorge began his career with the Impact Lightning 93 as a very productive striker who provided his team with solid and consistent goal scoring production.  Jorge showed his versatility and game intelligence as he moved to center back several years ago significantly advancing the Impact Lightning 93's defensive dominance.  Jorge reads the game very well and is very hard to beat due to his size and speed and is another reason why the team's goals against is very low. His passion and love for the game transcends into the entire team.  Jorge is a second year captain on his High School team with aspirations of going into the Navy to play soccer and become a Navy Seal.

Scott Granger, Honolulu SC Bulls U18, Midfielder:  Scott Granger of Punahou School is the 2010-11 Gatorade Hawaii Boys Soccer Player of the Year.  The senior midfielder led his high school team to an 11-2-1 record and the Division I state title this past season. Granger scored eight goals and passed for eight assists as a central midfielder. The Honolulu Star-Advertiser State Player of the Year, Granger was also the Interscholastic League of Hawaii Offensive Player of the Year. He concluded his prep soccer career with 11 goals and 19 assists. Granger will be attending Creighton University this fall.

Following is the Girls list (in no particular order): 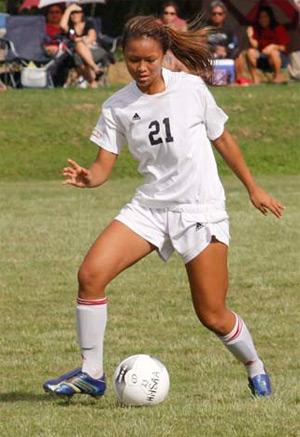 Krystal Pascua, Leahi SC U18
TJ Reyno, Leahi SC 96 Premier U15, Mililani, Hawaii: TJ is 1 of 75 players elected to participate in the Puma Women's Elite Showcase in July.  She is the captain of the Leahi 96 premier team and helped lead the team to win the 2011 U15 State Cup and State Championships.

Shaney Sakamoto, Leahi SC 96 Premier U14, Honolulu, Hawaii:  Shaney has been a member of the Hawaii State ODP team for the past 2 years.  She is an extremely technical player with a very competitive mind set.  She leads the team as the starting center mid and was very instrumental in Leahi's 2011 State Cup and State Championship wins.

Paige Crowley (Defender), Sarah Robinson (Midfielder), Gabrielle Matulich (Forward), MVLA Lightning U15: These three players from the 2011 Cal-North State Cup Champion Mountain View Los Altos U15G were among the 24 players called by U.S. U15 Girls National Team coach Jill Ellis into a week-long training camp in May at The Home Depot Center in Los Angeles. All the players are eligible for the 2012 U17 Women’s World Cup being held in Azerbaijan.

Krystal Pascua, Leahi SC U18 Girls, Forward: Leahi Soccer Club members once again dominate the Hawaii Girls High School All-State team as 8 of the 12 First Team players are members of Leahi Soccer Club led by Krystal Pascua. Krystal, member of the Leahi U18 Girls 93 Premier squad and senior forward for 'Iolani High School, was named the Star-Advertiser's Hawaii All-State Girls Soccer Player of the Year. Pascua scored 11 goals during the Interscholastic League of Honolulu season, and added four more during Iolani's four state tournament matches. She has signed with the University of Hawaii.