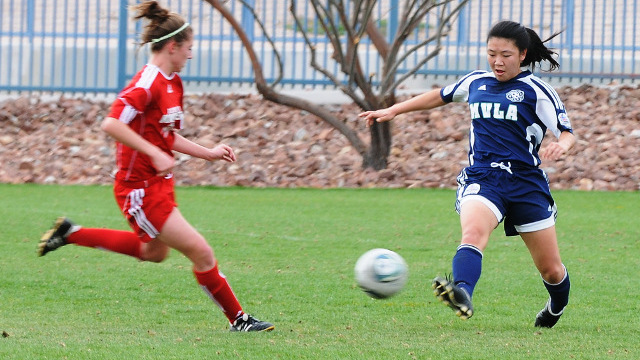 New surroundings, whether we’re talking about residence, work or competition, can take some getting used to.

For the ladies of Mountain View Los Altos (MVLA) in the U17 age group, adaptation seems to be coming quickly. The Northern Californians, coached by Erin Montoya, are 3-0-0 to start the season, their first in ECNL.

This is a group that flourished in U.S. Youth Soccer, having won a national championship there at the U14 age group, along with two Region IV titles and four Cal North State Cups. 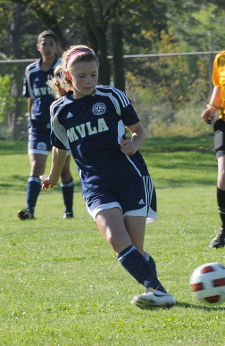 Montoya believes the move to ECNL makes sense, and said her group has been excited about the challenge.

“Our group was excited to start ECNL,” she said. “We felt like we’ve had the same route the last few years, the same tournaments. We’ve been facing a lot of the same teams year after year. Now it’s exciting to see some of the teams from around the rest of country. As a club we’re very new to it, and we were a little concerned with how and where everybody fits, but so far so good.”

Montoya, wife of club director and U17 Women’s National Team head coach Albertin Montoya, shares her husband’s vision for a progressive and attractive technical and tactical approach to the game, and noted this team has been a good advertisement for that style and philosophy.

“Our girls are extremely competitive. They buy completely into what we’re trying to do with them. We want them to play the game, regardless of the score. They don’t panic if we fall behind. They keep it on the ground. They are patient and don’t revert to just sending the ball upfield. We want to be good soccer players, to be comfortable against these teams we play and to do what we like to do, which is keep the ball whenever we can.”

Montoya said the core of the group has been together since the players were 7, and she has admired their attitude toward learning the system.

“I’ve been very fortunate to have players and families who stand by what we’re trying to do with them as far as being comfortable with the ball from day one. I’m not saying one way (of playing) is right or wrong, it’s just that we like to keep the ball. We’re always faced with teams that prefer to send it over the top, the big strong teams and athletes that chase it down. Thankfully we’ve been successful against good competition.”

Montoya added that speed of play is a big emphasis with the group at this stage of their development.

“We’re getting them to do things quicker and to recognize different situations on the field faster,” she said. “We still try to apply what we’re working on in practice, during games. We don’t do a ton of fitness during training, but mostly work on just playing.”

It all starts in the back for MVLA, with center backs Caitlyn Wong and Paige Crowley, also team co-captains, serving as traffic directors.

“They kind of run the show,” Montoya said. “They are good at keeping the girls calm and making sure we do things the way we like to do them.”

Montoya describes outside backs Mariel Akaogi and Melissa Wood as both athletic and technical. “They can do everything our central midfielders can do,” she said.

The central midfielders have an average height of 5-3, but make up in industry and ability what they lack in stature. Jaye Bossiere, Zoe Pacalin and Sarah Robinson make up the talented trio.

“I’ve never seen club players combine as well as those three,” Montoya said, adding that all three are verbally committed to play college soccer at Stanford.

Gal Harous and Jacquelyn Caginia are the goalkeepers, while Alexandria Reckas, Megan Keeth, Julia Goupil and Melissa Fulton give the squad its depth.

Despite the perfect start at the ECNL Phoenix Showcase last month, Montoya said the team’s goals are primarily to keep improving as a team and individuals.

“Want to make the playoffs and go as far as we can. We want to see what the national event at the end is all about. It would be awesome to face some of those teams,” she said. “But all of it is about getting better at doing what we like to do.”