Players to Watch: U17 WNT WCQ 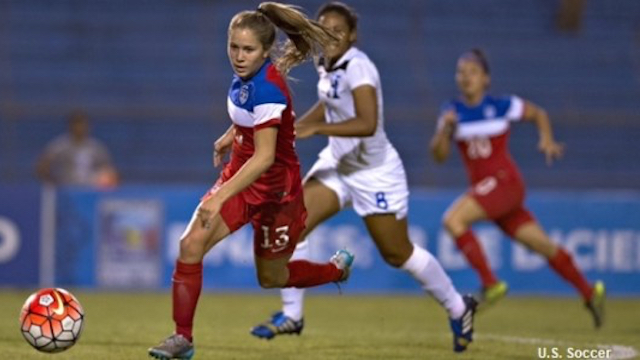 The U.S. U17 Women’s National Team begins World Cup Qualifying on March 4 against Jamaica in Grenada. The U.S. is attempting to qualify for the 2016 U17 World Cup after missing out on the 2014 edition in shocking fashion.

This year’s team has been playing at a very high level recently with wins over Japan, England, and Korea Republic this month at the NTC Invitational. Beyond the spell of positive results, the U.S. is also banking on experience in this event. Head coach B.J. Snow is heading into the competition after learning from the slip-up in 2014. Forward Ashley Sanchez and defender Kiara Pickett featured with the U.S. U20 WNT squad in the 2015 U20 CONCACAF Championship. Forward Civana Kuhlmann is back for another go at the CONCACAF Championship after she was the only player born in 1999 to make the team for the 2013 edition of this tournament. Kuhlmann played in three of the five games and scored two goals at the 2013 U17 CONCACAF Championship.

Kuhlmann, Sanchez, and Pickett are among the names that are already notable in this squad thanks to those opportunities to play up an age group or two. Below is a look at some of the players who could be difference makers for the U.S. at the 2016 U17 CONCACAF Championship.