Matulich has earned her stripes on the field where she’s vying for a spot on the U.S. U17 World Cup roster for the upcoming World Cup. Apparently, she wasn’t too preoccupied with national team aspirations to put off making her college decision. 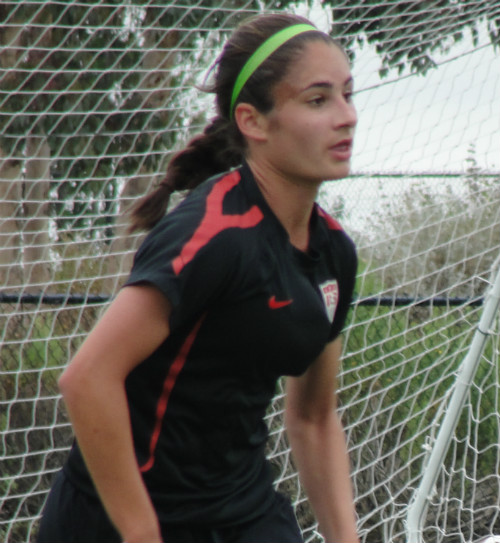 Ranked No. 14 in the Class of 2014 Top 150, Matulich is staying local and adding to what will undoubtedly be a stellar class at UCLA. With her athleticism and polished skill she’ll be a strong addition.

Jordan Branch, Crossfire Premier SC
Commitment: Verbal to Washington State for the 2014 season.
Reason: Branch’s in state decision came down to Washington State vs. Gonzaga, but in the end, WSU met more of her academic preferences. Branch is a solid outside defender who can hold her own on either side of the field.

Andrea Boehm, Mustang Fury
Commitment: Verbal to Sacramento State for the 2014 season
Reason: “My dad wanted me to choose a school based on academics first, and soccer second. He said to ask myself ‘would you enjoy going to this college if you weren’t playing soccer?’ ”

Stanley Sandoval, Oakwood SC
Commitment: Has verbally committed to Columbia for the 2013 season.
Reason: “The environment that I felt being on campus and especially at the athletic facilities really resonated with me. That, and getting to know Coach Kevin Anderson sealed the deal. He has been fantastic throughout this whole process and his mentality to always push the envelope and always improve is exactly the type of environment I want to train in. I couldn't be more excited!”