Last year, U.S. Soccer released a rating system for the Development Academy clubs to grade them on a scale of 0-5 stars.

The Federation used clubs across the world to set the scale. FC Dallas received the highest ranking for a U.S. club with four stars, which raised the question who was considered a five-star youth academy?

The obvious candidates like FC Barcelona, Real Madrid, and Arsenal were mentioned, but so was Dinamo Zagreb. 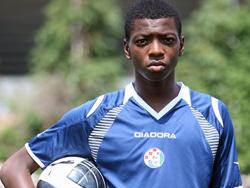 The powerhouse club from Croatia began its youth academy in 1945, but it really did not become a leading youth program until the mid-2000s with state of the art facilities and a focus on player development.

Since then, the most famous club in Croatia has produced internationals Vedran Corluka, Luka Modric, and Eduardo plus players for the first team at a regular rate.

Recently, it was also the home for former U.S. U20 Men’s National Team midfielder Alex Molano. He has since moved on to a club in Spain, but there is another U.S. youth player trying to make his way through the ranks in Zagreb.

One year ago, Saalih Muhammad was encouraged by his club coaches to attend a camp led by the Dinamo Zagreb youth coaches.

“I did well at the camp and they asked me if I could go on a trial in two weeks,” Muhammad told TopDrawerSoccer.com. A year later, Muhammad is still training at Dinamo Zagreb, as he works his way toward a contract with the club.

“Right now, I am with the team, but I can’t play because FIFA has a rule that restricts foreign players from playing in Europe,” Muhammad said.

Muhammad lives and trains with the club like a regular member of the team, and plays in tournaments like the one last weekend in France, which his team won, but cannot play in league games yet.

The 16-year-old, he will be 17 in August, is unable to play in league games with the club due to the strict regulation on players (without European citizenship) under the age of 18 in Europe.

“Our understanding is he would be eligible to sign with the club [in 2013],” Muhammad’s father Jamal told TopDrawerSoccer.com about the potential of him signing a deal when he turned 18 years old.

For the immediate future, Muhammad trains daily with the club, as he continues to improve his game until that time comes.

“I have training in the morning at 9 a.m. then lunch,” Muhammad revealed about his daily routine. “After lunch, I have training at 4 p.m. then I go to dinner. On the weekend, I train with a physical trainer for ball skill, strength, and speed.”

The winger also said that he models his game after Real Madrid star Cristiano Ronaldo “because of his work ethic, strength, skill, and how he carries himself.”

The youngster downplayed the move to Croatia from his home in Northern California.

“Life is different, but it hasn’t been that hard,” he said. “A lot of people speak English so it helps, and the staff at Dinamo are very nice and helpful.”

Muhammad also recognized the significance of having fellow American Molano at the club when he first arrived.

“Having him here before was nice because he had a lot of skill and set a good example for other Americans to excel here.”

When Muhammad originally arrived, another American joined him on the trial, but Muhammad was the only one to make the cut and the only one there now.

“The most memorable moment [for me] was when they decided to keep me here,” Muhammad said. “This is every player’s dream to play in Europe.”

According to a report from Fox Soccer, U.S. youth international Russell Canouse signed a professional contract with TSG Hoffenheim this week. Canouse currently plays with the U17 team at the German academy.

The midfielder from Lancaster, Pennsylvania joined the club last year after leaving the U.S. residency program. He joins U.S. U23 winger Joe Gyau as the other professional American at the club.

14-year-old American Christian Albelo will also be part of the Hoffenheim youth academy in the fall.

His new club is in third place in the league after nine games played this season. Last year, the club won the league and qualified for the AFC Champions League, but has already been eliminated after failing to advance from the Group Stage.