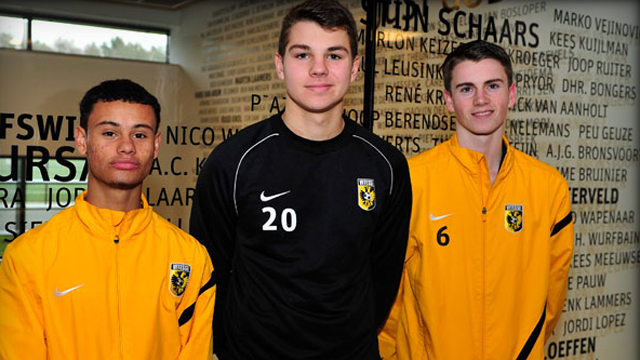 The beginning months of 2014 have been kind to U.S. youth national teamers playing abroad. Take a gander at how some of the more high profile prospects have flourished this year. 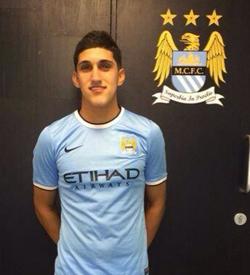 Lynden Gooch, a member of the U.S. U20 Men’s National Team pool, scored his 10th goal of the season last week as Sunderland U18 played to a 1-1 draw against Wolverhampton. Gooch has recently been playing with the Sunderland U21 side as well. He played 12 minutes off the bench on Monday in the 0-1 loss to Manchester United. He drew a free kick just outside the box that Adam Mitchell fired off the crossbar.

Emerson Hyndman, another member of the U20 MNT, started for Fulham in its 3-1 win over Manchester City in the FA Youth Cup last week. Fulham advanced to the quarterfinals with the win.

Daniel Barbir, the center back for the U.S. U17 MNT, had a goal and an assist in Manchester City U16’s 5-1 win over Blackburn on Saturday. Barbir is currently on a six-week trial with the club.

Former U.S. U20 MNT forward Villyan Bijev started for Liverpool U21 in a 1-0 win over Stoke City over the weekend. Bijev’s place in the squad was a bit of a surprise as reports out of England said the striker from Northern California was recently on trial with Wolves. Bijev represented Bulgaria in UEFA competition last year.

Kainoa Bailey made his debut with Bayer Leverkusen II in the Regionalliga West on Saturday in a 5-0 win over Monchengladbach II. Bailey played the final six minutes of the game. Fellow American Mario Rodriguez started and played the full 90 in the loss for M’gladbach. Rodriguez has one goal in 18 appearances this season.

Russell Canouse wore the captain’s armband and played 90 minutes in Hoffenheim U19’s 3-0 win over Unterhach on Sunday. Hoffenheim is top of the table with a five-point cushion after 17 games. Canouse has appeared in 15 games with a goal and an assist to his credit.

Christian Albelo, a member of the U17 MNT, switched clubs during the last transfer period from Hoffenheim to 1. FC Kaiserslautern. During the preseason, Albelo started seven games and had four goals and five assists in his normal role as a center midfielder.

Florida-native Kai Koreniuk has been called into the Netherlands U16 national team for a youth tournament in Portugal this week. The games kick off on Wednesday and the final is on Sunday, March 2. Netherlands U16 will play Norway, Germany, and Portugal at the event. Koreniuk is currently playing his club soccer with Vitesse, where he has emerged as one of the top forwards in the country. He told TopDrawerSoccer.com in December that he had not been called into any U.S. youth national team camps yet.