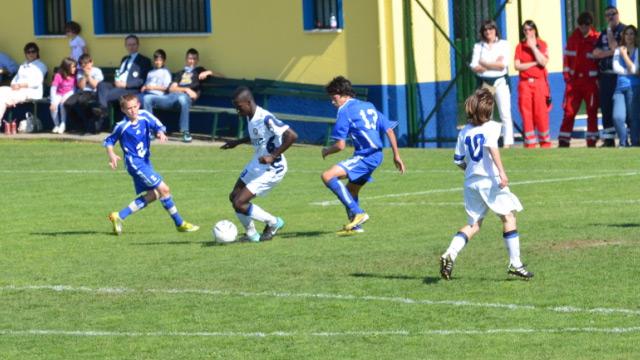 I recently returned from Italy along with my teammates of the U.S. Youth Soccer Region I ODP Boys ‘97s.

The trip was a time that none of us will ever forget. The notion of representing United States Youth Soccer was in our minds every time we stepped on to the field. With the common knowledge that many kids wanted to be where we were, we understood the pressure and the honor of playing for Region 1. The coaching staff is even better than the level of play. Head coach Lew Atkinson and his two assistant coaches knew that the 17 players needed to come together and mesh in four days only having played together twice before. 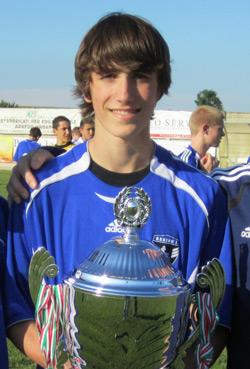 Ryan Bayne
We practiced three times and then we encountered our first international game representing the US. The atmosphere was electric and all of us sat in the locker room ready to shake the butterflies from our stomach. As we gathered in the tunnel we were partly in awe of the professional treatment. The local team, Junior Biellas, was our opponent in this friendly and they were joking with us in the tunnel with the little Italian we had learned. Quickly after we emerged from the tunnel the situation turned serious. The match resulted in a win for us and our spirits were high. When we returned to the tunnel to the locker rooms, the friendly attitude returned. This attitude would accompany us all the way to the final of the tournament.

The final of the tournament came at 4 p.m. the day before we left. The bus ride to the stadium was tense with nervous energy and as we entered the stadium we watched the consolation game for 3rd & 4th finish and soon we were warming up. Everything went by very quickly and soon we were encircled in the locker room exchanging quick words before the walkout. One by one our names were announced over the loudspeaker and each one of us ran to the center field. To our shock the crowd began chanting "USA, USA," we stood a little taller as we realized that we were not hated but being cheered on.

The whistle was soon blown and instincts took over. After an early penalty kick scored by our striker Jeremy Ebobise we were up 1-0 soon to be tied by Inter Milan. The game remained tied after the full regulation time and a ten minute overtime period, the game was still tied. The game was coming down to the line and we needed a goal. With two minutes remaining on the clock, Inter Milan scored and our hearts went through the floor. The concentration and energy disintegrated after that and the game ended.

The experience was nevertheless unforgettable. The bar gets raised so high when playing international teams that there is no room for error and forces us players to bring our skills up to the bar and challenge these teams. The 1997 Region I team meshed extremely well and we were able to place second amongst thirty-two teams from all different corners of the world. Something I took away from this trip was the lesson that no matter how little a team has played together that with the right coaching, leadership, and players a team can emerge and successfully play the beautiful game of soccer.