Sleepers to watch in the DA U16 Playoffs 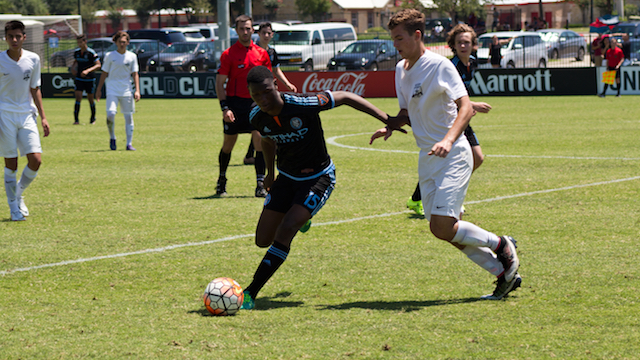 It’s been a while since the Development Academy, the top youth club soccer league in the United States, had a Cinderella story. Nine of the last 10 champions have been MLS academies. FC Dallas is the annual favorite after winning three of the last four crowns between the two age groups, U16 and U18.

There is a reason to believe that the streak could be challenged this year. In the U16 age group, four of the top eight seeds are from non-MLS academies. Sockers FC (Illinois), Vardar (Michigan), Capital Area Railhawks-CASL (North Carolina), and FC Golden State (California) all look like serious contenders for the crown. Sockers FC (Illinois) and Baltimore Armour (Maryland) are the only non-MLS academies in the top eight in the U18 age group.

There are a number of teams that look capable of pulling off the upset from outside of the top eight as well. TopDrawerSoccer takes a look at some of the sleeper teams in this year’s Development Academy playoff, which kicks off on June 22 from Grand Park in Westfield, Indiana. For clarity sake, TDS considered any team that finished the regular season outside of the top eight in the playoff standings as a sleeper.