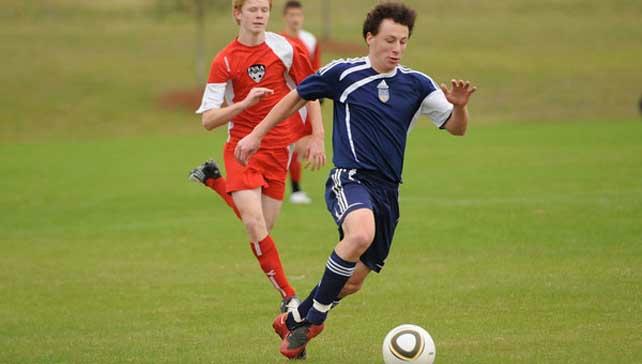 Welcome again to Players to Watch. Today we look at some of the best players in the South region, at some players who have the potential to make it to the National Team level – and some who are already there.

Kellen Gulley of the U17 MNT is a great all-around forward with good size and a burst of speed. He has a soft touch on the ball and a knack for scoring goals in big moments.

Ive Burnett is a defender for the U17 MNT with great instincts and the ability to get stuck in on tackles. He’s undersized but makes up for it with his quickness and tenacity. 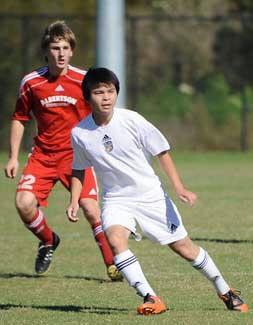 Aaron Stults
Alan Harwell of Birmingham United is an extremely athletic forward with great pace, technique and one-on-one ability. He loves to take people on and does good things in tight spaces in his first year in the Academy.

Jack Goldberg is an explosive attacking outside back with a tough and hard-nosed style. He’s very competitive and has good game awareness, and is a good Division I college prospect.

Jackson Fendley is a playmaking central midfielder with good smarts and distribution skills. Though he’s better as a set-up guy, he’s athletic and can get forward and create shots for himself, too.

Ryan Reid of Baton Rouge Soccer Association is a powerful forward with blazing speed and a great left foot. He loves to run at defenders and has a great knack for being in position to score goals.

Jaxon Lambert is a central midfielder with great vision and technique. He sets people up to score, creates shots for himself, and is the engine that makes his team go.

Bernhard Goettert is a massive center back who dominates in the air, can send accurate long balls with either foot, and also has great technical ability to initiate the attack out of the back.

Aaron Byrd of Brentwood SC is a center back with good size who lets nothing get behind him, and a fantastic slide tackler who rarely fouls. He’s dangerous in the air on set pieces, distributes short and long balls accurately, and defends with great confidence.

Will Cross, a regional ODP member, is a hard-working central midfielder who keeps the game simple. He works up the field with one-two passes and is a good athlete, but he could score more goals if he took more shots on goal.

Aaron Stults is a left winger with great composure on the ball and natural instincts that can’t be taught. He’s lethal on set plays, and can whip in great balls from the flank. He’s small, but very effective on the wing.

Tucker Archie of Kaos Arsenal is a winger with great pace who makes good runs into space, finishes balls, and defends well on the retreat.

Hayden Jordan is a creative attacking midfielder with a knack for finishing goals. He’s a very productive player, but a torn ACL will keep him on the sideline for several months.

Shane Powell is a ball-winning holding midfielder with good instincts and a tenacious defensive mentality. 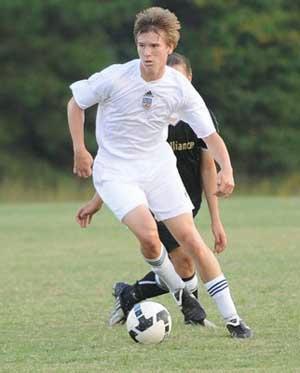 Will Cross
Alex Renner is a goalkeeper with a lot of natural ability who closes down angles, blocks shots, and has the technical ability to distribute the ball out of the back. He’s still working on his communication, but has made great strides in that area recently.

Cristian Mata of Tulsa SC is a target forward with great strength and presence in the box. He doesn’t possess elite speed, but he consistently puts himself in position to score goals.

Goalkeeper Benjamin LaCourse has great technique and gets distance on his goal kicks and punts. He’s strong and athletic in the air and is one of the region’s best at his position.

Harrison Kane is a central midfielder who gets forward and tracks people relentlessly on defense. He’s great on set pieces, where he can hit the ball accurately with both feet, and is captain on a talented Tulsa SC squad.

Marlon Hairston of Central Jackson SO is a playmaking central midfielder who makes his team’s attack go. He’s a mature player with great vision and technique. His defensive work could use some improvement, but he has all the tools to be a star at the college level.

Matthew O'Neal is a center back with great size and technique who covers a ton of ground and has great range in the middle of the defense.
Related: Players To Watch,