State of the YNT: Reviewing the year 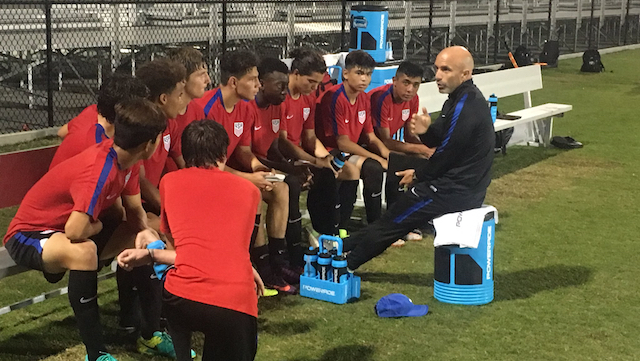 The state of the U.S. Youth National Teams is constantly up for debate. There is no question though that the U.S. Soccer Federation devotes a ton of resources into the youth age groups across the board.

In 2016, the U.S. U17 Men’s National Team played in 34 games - this number excludes random scrimmages. It’s a lofty number of any national team. Does it mean much for the state of the team though?

TopDrawerSoccer takes a look at how the Youth National Teams fared in 2016, and some of the players to watch moving forward from each age group. The U15-U17 boys edition is below. Check back later for the older teams as well as the Girls National Teams.

Recap of the year: The U.S. U15 Boys National Team had a busy year that included two major events. The U.S. took part in a tournament in Argentina in April, which included positive results in South America. The U.S. defeated Club Atletico Talleres 5-1 in the opener at the event. The Youth National Team then played to a 2-2 draw against Newell’s Old Boys. The U.S. ended the event with a 2-0 win over Uruguay. The U.S. also had an event in Europe where they went 1-2 against international competition. The U.S. recorded a 1-0 win against Montenegro, but dropped an 0-2 loss to Serbia and a 1-2 loss to Croatia. The U.S. ended the year with an event in Florida in November. This age group will be the key group for the 2019 U17 World Cup.

Player(s) to watch: George Bello (Atlanta United) and Efrain Alvarez (LA Galaxy) are the two early standouts with this group. Bello has already been pushed up to the U16 BNT. The defender is highly regarded within the U.S. Soccer scouting network and should be in line for a key role with multiple teams in 2017. Alvarez is on shakier ground. The LA Galaxy star spent part of 2016 with Mexico’s youth national teams. The midfielder is a tremendous talent and would be a massive loss if he decided to represent El Tri at the youth level.