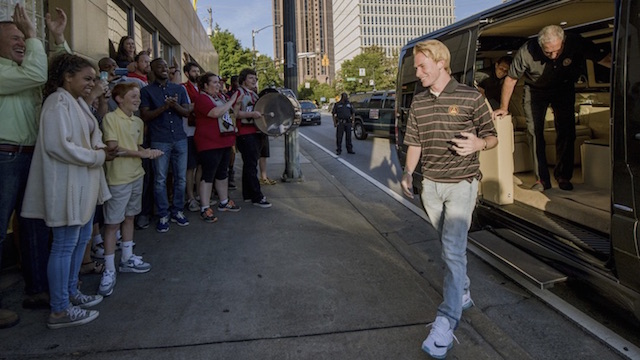 The MLS draft is peeking around the corner. Homegrown signings continue to cascade down during a record offseason. And clubs are shrewdly figuring out how to bring talented youth national team players back home from abroad.

Indeed, 2017 should be an interesting year in terms of young players attempting to crack into notoriously hard-shelled MLS rosters.

For the last few weeks we’ve been dissecting the MLS draft, from top pro candidates to mock drafts to big boards. And of course we continue to look at promising Homegrowns and youth national team players, as ever. But what if we jumbled all three into one pot and looked at the top 10 USMNT prospects on fresh pro contracts in a combined list? Who might those players be?

Well. I have an answer.

Today we’ll break down the top 10 newly minted professionals in MLS in three categories mixed into a single pot: 2017 draftees, newly signed Homegrowns and freshly signed U.S. youth internationals. The only criteria is that they’re new pros as of the 2017 MLS season, so players like Zack Steffen, who’d already played pro minutes before joining MLS, are out. If they’re eligible for those pro minutes in 2017 for the first time, they’re on our list. Keep in mind that this is a living, breathing organism. I'll update it on the eve of the 2017 MLS season as more signings (like, say, Ian Harkes to D.C. United?) are firmed up. Until then, this is our list.

Although it still lags badly behind, MLS is taking an increased interest in youth. The next step? Play them. Onto the top 10.