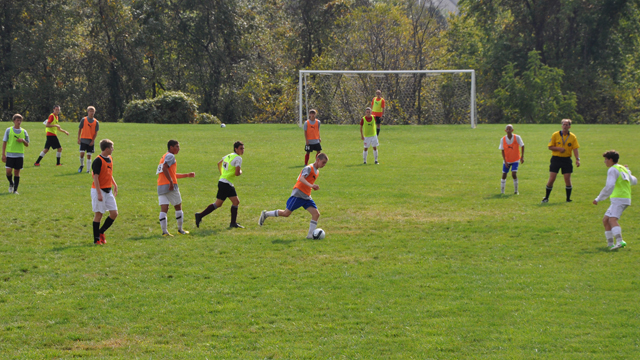 For the aspiring collegiate soccer player, more than half the battle is simply getting noticed.

The more chances to play in front of scouts, the higher those chances are, and this past weekend another option opened with the first-ever TopDrawerSoccer.com Combine launching in the Philadelphia region.

Around 180 kids were in attendance, playing in front of college coaches ranging from the Division I to III levels – including programs like Villanova, West Chester, Temple, Gettysburg, Susquehanna among those represented. Players ranged from as far as the D.C. area, to pockets of New Jersey and New York.

“If you look at the list of kids that are here, it’s a high level of kids,” Combine Director Jim Curtin said. “Kids have come up from D.C. United, kids have come from the Philadelphia Union youth Academy, FC Delcos of the world, Penn Fusion.” 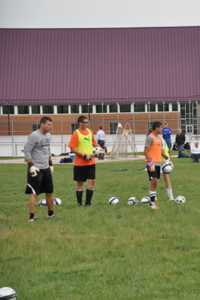 With the aim to offer opportunities to this group of players to showcase themselves in front of coaches, they spent the day going through a host of different drills and playing both small-sided and full, 11 vs. 11 games.

While the full version of the game is obviously important, the smaller games provide a chance for coaches to see each player on the ball a bit more often.

“I think you get to see more repetitions with players, more touches on the ball,” Ursinus women’s head coach Kelly Wakeman said. “You get to see how they think in small-sided games, see how everybody plays offense and defense, which is important.”

Of course, one of the most unique challenges of the combine experience is the task of coming together with a group of players who you’ve never met before and most likely never played with before, and then head out on the field and excel in a team sport like soccer can be troublesome.

However, with a small chunk of the morning allotting time for players to warm up and get to know each other, players were bonding quickly and made their way around the field acting like they’d made fast-long friends.

And while thriving on the field is an important aspect of the combine, Curtin also acknowledged the value of the recruiting seminar, an offer that presents tips and tricks on navigating through that aspect of getting noticed.

“In a lot of ways we can give them tips and points as players, but the messages that come across in that recruiting seminar can go along way,” he said. “It’s a confusing process for a lot of them, it sheds a lot of clarity on that for them. The message was to pay attention to that.”

Curtin, who was simply donning a Combine Director hat for the day, also plays a prominent role with the Philadelphia Union Academy setup. He had some words of wisdom for kids that day, and for hopefuls as they eye up combine opportunities down the road.

“They don’t want one person who can pull off one good play and be bad for 20 minutes. They’re not going to stop and pick you because you did 10 step overs and a blind pass, it’s more about players that have a good day put together, in the small side they’re sharp, in the big field games they’re sharp.”