You can expect some big commitment announcements soon.

But don’t take my word for it – just listen to a few of the best young players in the country break down their decision-making process.

Here’s the latest scoop on which schools our 2012 stars are considering.

Our 46th ranked 2012 boys player is in the process of visiting the last few schools on his wish list. He plans to commit by the summer. 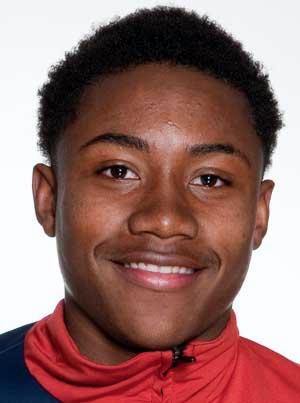 “I’m really undecided,” he said. “I’m making plans to visit these schools in the next few months and I hope to make a decision by early fall.”

Benjamin Burdon, Charlotte Soccer Academy
Interested in: Wake Forest, South Carolina, UNC-Wilmington(m), Georgetown, Navy, Richmond, College of Charleston, Harvard, Princeton.
“I would definitely like to see myself committed by the end of the Academy season but I realize I can’t rush my decision,” said Burdon, our 62nd ranked player.

Drew Conner, Chicago Fire
Interested in: Wisconsin, Louisville, Denve(m)r, NC State, SMU, Indiana
Wisconsin and Louisville seem to be the leaders in the clubhouse for Conner, No. 30 among 2012s, but there’s a long way to go.

Drew Klingenberg, Pittsburgh Strikers
Interested in: Notre Dame, Yale, Brown, Northwestern, Villanova
Klingenberg, No. 44, is beginning to take his unofficial visits and would like to complete his process by the end of the school year, or possibly earlier.

Jackie Firenze, Empire United SA
Interested in: Penn State, Syracuse, Boston University, Colgate, St. John's(w)
Firenze, No. 88, has decided to limit her search to the Northeast. After visiting about 10 schools she has narrowed her list down to the aforementioned five. Ideally, she’d like to have a final decision made by the time she travels with her '93 Region 1 ODP team to Russia to play in the International Kuban Spring Russian Tournament from March 2-17th, 2011.

Cassandra Sternbach, Real So Cal
Interested in: UCLA, Pepperdine
Sternbach, No. 82, has narrowed down her list to a final two California programs. There’s a good chance she’ll make her decision February 25.

Katherine Rigby, Real New Jersey SC
Interested in: Utah, BYU, Boston University, Arizona State
Rigby, No. 81, suffered an ACL injury last year but is on the mend and ready to return at the Las Vegas College Showcase next month.  Despite rehabbing, Rigby found time to visit Utah and BYU in January. She’s looking forward to getting back on the field before making nay decisions.

See all our college commitments. Have you sent us yours?

Where are you thinking of committing? Tell us! Email | Facebook