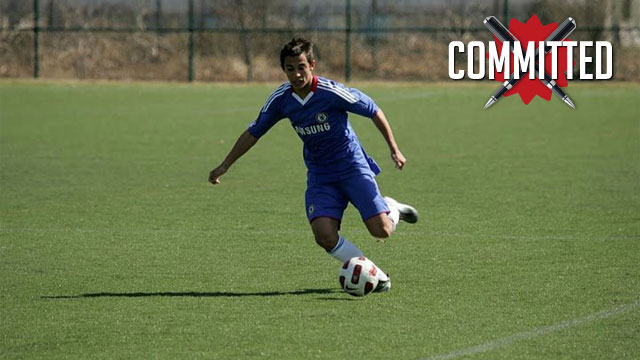 Trevor Hyman was a little envious. He’d competed abroad against clubs like AC Bari, Inter Milan, and Zenit-St. Petersburg in the Scirea Cup, not to mention Costa Rican clubs like Saprissa and Alajuelense while with his regional team, and each time he saw in them an advantage he couldn’t replicate.

“Those players all lived and got to train with their clubs all the time,” Hyman said. “It was something I wanted as well.”

So the Irvine, CA, native sought out a trial with Real Salt Lake (AZ) of the Development Academy, and three weeks later he packed his bags and joined a residency of his own. 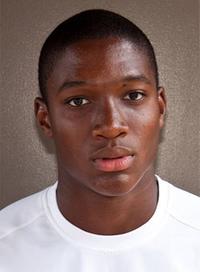 Hyman is now ranked No. 104 in our 2013 Top 150, and there still isn’t a distance he won’t travel to get better. Last week, he announced that his pursuit will take him to Stanford where he’ll join new coach Jeremy Gunn in hopes of creating a new legacy for the program.

“(Gunn) revolutionized Charlotte and brought them to the NCAA Tournament, and by the time my first season comes in 2013, he will have been laying the groundwork for his system for a year already,” Hyman said.

“I wanted to be a part of what he intends to build there. I think it’s a really good fit for me.”

Hyman would’ve been a great fit anywhere; he’s a strong technical player with a great work ethic. And as you’ve undoubtedly learned by now, his game certainly travels.

The North Meck SC striker, ranked No. 138 in the 2013 class, has announced his verbal commitment. Anyafo is one of the more promising young forwards in the country. He’s a speedy attacker who is a constant threat.

Steven Stryker (Kingdom Reserves) has verbally committed to Western Michigan for the 2013 season.

Devin Pope (Concorde Fire) has verbally committed to Elon for the 2013 season.

Zach Turk (Roanoke Star Elite) has verbally committed to Radford for the 2013 season.

Miguel Salazar (Real Salt Lake –AZ) has committed to Elon for the 2012 season.

Eric Klenofsky (TSF Academy) has verbally committed to SMU for the 2013 season.

Goalkeeper Spencer Hambleton (PDA) has committed to Rutgers for the 2013 season.