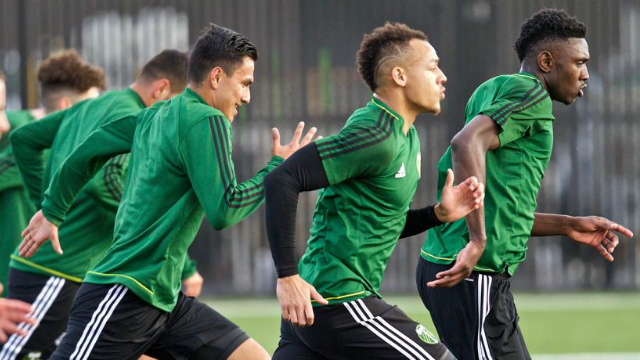 The 2018 United Soccer League season kicks off on Friday.

And with it comes a chance to get in on the ground floor of the next Tyler Adams, looking for an up-and-coming star getting his feet wet in pro soccer.

The MLS-run USL sides diverge significantly from the independent teams, all which set out to win a championship at the start of each season. And not that the likes of Swope Park Rangers or New York Red Bulls II (who met in the 2016 championship game, it’s worth noting) aren’t trying to win.

But the main point of these sides is the opportunity to develop players, providing a bridge from academy to the first team.

So which MLS-run teams provide the most intriguing group of up-and-comers? Here is a top five of teams to track, framed from a domestic perspective.

A dreadful 2017 campaign at the MLS level saw a number of holdovers from LA Galaxy II – from the head coach to a good portion of the roster – make the grade. So it’ll be interesting to see how the new season goes from a returning player perspective. The Galaxy are expected to get academy players like Ian Lonergan, Jake Arteaga, Ulysses Llanez and Alex Mendez into the mix, while recent MLS signing Efrain Alvarez should get some run in USL as well. Some interesting reclamation projects come into the fold as well. Former UC Santa Barbara star Geoffrey Acheampong is back in California after signing a deal with Los Dos. Same with former U.S. youth international mainstay John Requejo, whose decision to sign a contract with Xolos instead of going to UCLA hasn’t really panned out for him.

The Union have done a decent job in their own right of moving players from the academy to the first team via the Steel (Derrick Jones and Auston Trusty two recent examples). This year’s group is likely to continue that trend, whether it’s some of the current academy players getting a chance, such as Tomas Romero, Michael Pellegrino or Brenden Aaronson. The roster of players signed directly to the team also include some notable names. 2017 first round draft pick Brandon Aubrey signed on and will anchor the defense, likely next to Mark McKenzie, a homegrown signing after one season at Wake Forest.

Without the ample recruitment catchment of other organizations, the Timbers have searched both near and far for young, up-and-comers to fill out its USL roster. That’s led them to sign players from college with years of eligibility left – Christian Enriquez (Cal Poly) – the most recent example, bring back former academy talent, such as Terrell Lowe, while also announcing a couple of international signings from abroad. Eryk Williamson and Jeremy Ebobisse are going to play prominent roles on T2, at least from the start of the season, so their progress will determine their impact on the Timbers MLS side through the 2018 season. Academy players haven’t received significant time in the past (with notable exceptions of course), so it’ll be interesting to see if promising U19 players like Adrian Villegas or Lucas Cini get a long run out.

Starting with the signing of Samual Rogers last summer, and Shandon Hopeau at the start of the season, the Sounders have doubled down on identifying and signing players from their academy to the USL squad. Two other teenagers, Azriel Gonzalez and Ray Serrano, both signed with the team as well. Sprinkle in several current academy players like Khai Brisco and Dylan Teves into the roster from academy deals, and the Sounders 2 are stockpiled with up-and-coming domestic talent.

New York’s approach since the launch of the USL-MLS partnership is paying dividends, over the past couple of weeks in particular. Tyler Adams is the obvious case, though New York’s willingness to sign players to its USL squad directly or loan players out aggressively continues. Expect to see a lot of Benjamin Mines and Kyle Duncan, two players that featured last weekend against the Portland Timbers in MLS play, in the USL this season. Jeanpaul Marin, John Murphy and Jordan Bailon are among the current academy players that will get bumped up to the USL team on amateur deals. Players signed directly to the team include Niko De Vera, FC Dallas draft pick Christopher Lema (a former Red Bulls homegrown player) and Brian White. Expect to see at least a handful of their current roster in MLS one day.