U15 BNT wraps up busy stretch 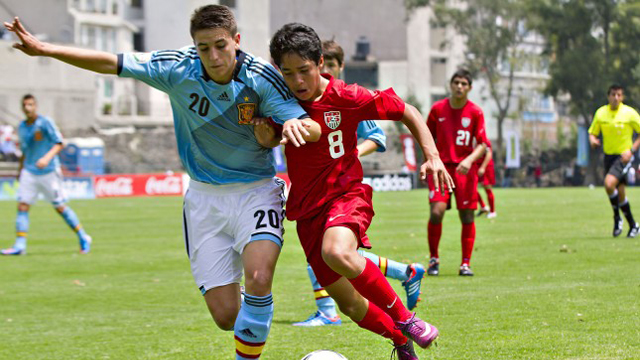 From Holland to Mexico City to Frisco, it’s been quite the month for the U.S. U15 Boys National Team.

After placing fifth at the Marveld Tournament in Holland, the U15 BNT traveled south of the U.S. border to Mexico City to compete in the Copa Mexico de Naciones from June 18-20, where the U.S. placed third in its group. 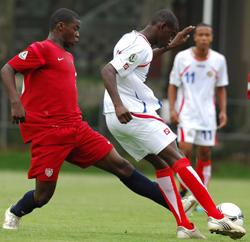 “Overall, [it was a] fantastic experience,” U15 head coach Tony Lepore told TopDrawerSoccer.com of the trip to Mexico. “ (It was) really valuable for their development.”

Upon conclusion of the tournament in Mexico, the majority of the BNT headed to Frisco, Texas, where players like Ben Swanson (Crew Soccer Academy), Collin Fernandez (Chicago Fire), Alejandro Vergara (LA Galaxy), and Malcolm Jones (Chivas USA) re-joined their respective Development Academy sides to either compete in the playoffs or showcase.

The stretch was unusual for players of that age group.

“We had 12 international games in three weeks,” Lepore said. “It was a great opportunity, it really doesn’t happen ever in a cycle.”

The time in Mexico City provided a chance to go from competing against high-level academies from European club teams to testing themselves against three international teams – Spain, Costa Rica and Colombia.

With the trip more or less piggybacking onto the experience in Holland, it gave the players a chance to naturally progress to playing against more talented opponents.

“I think it was a whole level above,” Lepore said of the opposition. “The Spain team we played there were four players that we also played when we played Real Madrid in Holland. And so it was a whole next step in level, so it was a really good progression that way.”

The opener saw the U.S. lose a very close match to Spain by a 1-0 score, Lepore calling the second half of that game “very good” as the U15s created a number of scoring chances yet was unable to find the back of the net.

Following up on the first game, the U.S. then defeated CONCACAF rivals Costa Rica 3-1, with Sebastian Elney and DJ Villegas accounting for the goals. The result kept the U.S. alive heading into the final game against Colombia, but after a 0-0 draw the U.S. bowed out on goal differential.

But the continuity established by the consecutive trips allowed for the U.S. to really work on more specifics facets of the game not usually afforded on a one-off trip, as there was a level of familiarity between the players on and off the field.

“It wasn’t planned, I think it worked our really well, so we felt better prepared,” Lepore said. “Whenever you come together there’s a challenge of not having been together a lot and so we really looked like a team.

The players then took back everything learned and worked on back to their teams in Frisco. Of those there, Fernanadez and Malcolm Dixon (New York Red Bulls) advanced to Finals Week with their respective U16 club teams. For the rest of the BNT, the summer now offers a few weeks off until the next camp later this year.