U17 WNT roster for November Camp in Cali 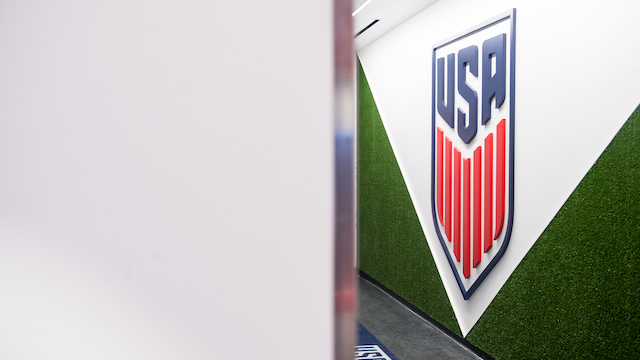 New U.S. Under-17 Women’s National Team head coach Natalia Astrain will lead her first training camp from Nov. 17-24 at the Elite Athlete Training Center in Chula Vista, Calif. It’s the second training camp for the U-17 USWNT this fall as the team jump starts its World Cup cycle and preparations for the 2022 Concacaf U-17 Women’s Championship, set for April 23-May 8 in the Dominican Republic.

Players born on or after Jan. 1, 2005, are age-eligible for next spring’s Concacaf U-17 Women’s Championship. The 28-player roster features 23 players born in 2005, four born in 2006 and one born in 2007 -- San Diego Surf forward Melanie Barcenas. Twenty-two players return from the team’s October training camp, while six players make their U-17 USWNT debut: defender Savannah King, midfielders Anna Castenfelt and Charlotte Kohler as well as forwards Erica Grilione, Madison Krakower and Taylor Suarez. The roster is made up of players from 13 states and 21 youth clubs, with the most, 10 coming from California and three players each from the NC Courage and the San Diego Surf.

The 2022 Concacaf U-17 Women’s Championship will qualify three teams to the 2022 FIFA Under-17 Women’s World Cup in India. The U-17s are preparing for their first World Cup qualifying tournament since 2018 after the 2020 edition, scheduled for March of that year, was canceled due to the COVID-19 pandemic.

Two players on the U-17 roster took home a regional title at the 2018 Concacaf U-15 Girls’ Championship - defenders Maggie Taitano and Gisele Thompson. While that tournament featured mostly 2003-birth year players, the USA brought a younger squad composed of players born in 2004 and 2005. Taitano and Thompson were among the team’s youngest players.