U18 Academy Recap for weekend of May 7-8 It wasn’t a full weekend for the academy as Saturday was a fairly “light” day with only a dozen games, but nearly every team was in action on Sunday and we saw some wild games across the country.

The craziest game of the weekend hands down was RSL-AZ’s 5-4 win over San Diego Surf in the SoCal Division. In a game littered with top level talent, RSL jumped out to a 2-0 lead with two goals from Junior Gbapou in the first 21 minutes. However, #41 ranked player and UCLA commitment Reed McKenna single-handedly pulled San Diego back into the game scoring two goals in six minutes to tie things at 2-2. RSL would strike back almost immediately with two more goals of their own through Ricardo Velasco and Nicolo Muniz to take a 4-2 lead into halftime. 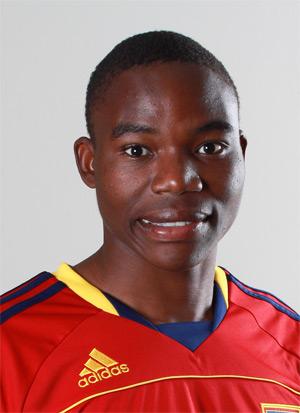 Junior Gbapou
In the second half, Oscar Gonzalez came up huge for San Diego scoring two second half goals to knot things at 4-4. A crazy game like this was always going to get a late winner, however, as Muniz scored a dramatic 89th minute winner to seal three points for RSL in a 5-4 decision.

On Saturday afternoon, Irvine Strikers earned an essential three points beating RSL-AZ 1-0 on a last second goal from Bobby Sekine. First-placed Arsenal FC maintained their spot defeating Nomads SC 2-1 on goals from Uly Mosqueda and top 10 player Raul Mendiola. Real So Cal pulled themselves back into the discussion for a wild card playoff spot beating Chivas USA 2-1 in a huge win with goals from David Turcios and Adrian Bueno.

In the northwest, it was Cal Odyssey making the biggest statement defeating De Anza Force and Santa Cruz Breakers by a combined 8-2 score. Villyan Bijev, a Washington commitment, had a fantastic weekend scoring three goals in the two games.

Team of the weekend: PA Classics

When you defeat your in-state rival 6-2, you make a strong case for team of the week and that’s exactly what PA Classics have done. With three goals in each half, Classics moved into first place in the Mid-Atlantic Division with their emphatic win. Tyler Gay scored one while Alexander Panuccio scored twice in the first half with Kelton Cheney (Penn  State(m)) scoring twice and Connor Goldsmith (Drexel) scored in the second half. Philadelphia Union homegrown signing Zach Pfeffer and Ben Maurey scored for FC Delco.

Christian Hernandez
In one of the only other games in the division, Match Fit Chelsea and NJSA played to a 1-1 draw with goals coming from Markhus Lacroix (Penn) for NJSA and Juan Pablo Correa for Match Fit Chelsea.

Sporting Kansas City shot to the top of the Frontier Division standings with six points from two home games against the Minnesota Development Academy teams. On Saturday afternoon, SKC pitched their third shutout in a row beating Minnesota Thunder Academy 2-0 on goals from Tom Adams and Andrew Mobberley. Kansas City completed their perfect weekend on Sunday with a 3-2 win over Shattuck-Saint Mary’s on two goals from Jordan Riedout and a 90th minute effort from Garrett Pulliam. 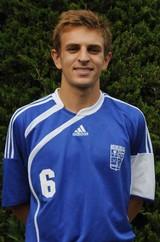 Down in Texas, Lonestar SC took over first place, if temporarily, with a huge 2-1 away victory at Texans SC Houston. In their second trip down to Houston in as many weeks, the Austin-based club won on goals from Thomas Haws (Wake Forest) and Steven Pyle. FC Dallas would keep pace with Lonestars, defeating Texas Derby rivals Houston Dynamo 1-0 on a 61st minute goal from star Bryan Leyva.

Solar Chelsea continued their march up the standings, beating Texas Rush 3-2 for their second straight victory. Solar turned around two deficits in the game with goals coming from Ryan Condotta, Joel Mendoza and Emmett Kumeh.

Team of the weekend: Weston FC

Weston FC earns our team of the week nod after thumping Kendall SC 8-0, yes you read that right. Xavier Silva, our #8 ranked player in Florida, led the way scoring a hat-trick for Weston While Verneri Valimaa, Brian James, Jason Wellington and Sekani Sinclair also scored. Clearwater Chargers would keep pace with Weston on the weekend, beating IMG Soccer Academy 3-1 behind a hat-trick from Tevin Gage. Gage scored two goals in the first half before completing his hat-trick right before the final whistle.

Were you out at a game last weekend? What did you see?