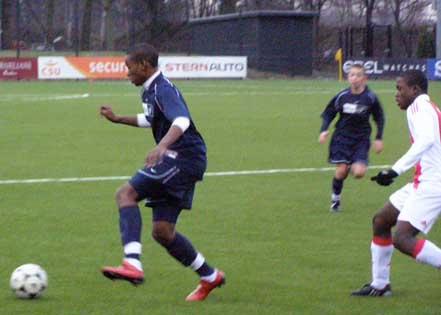 The U.S. Club Soccer id2 National Selection team concluded its international tour that took the group through the Netherlands and Germany, a voyage that included exciting cultural sites and great competition. 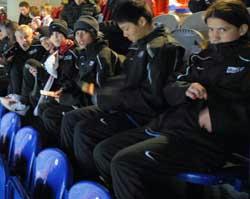 id2 European tour team enjoying a pro game.
In part one of our inside look at the National Selection team’s players, we breakdown a portion of the lineup that took part in this exclusive experience.

M Corey Baird (San Diego Surf): Our sources tell us that Baird was one of the top five players on the team. He has a great physical build and good height. While he’s a hard worker, it’s his athletic skills that make him dominant at times. He likes to play vertical balls and can be a game-changing attacker, but needs to improve pace at times.

D Chet Castellaw (Real So Cal): He can be an absolute killer on the backline. A left-footed center back, Castellaw is dominant in the air and also has good marking speed. Isn’t sensational with the ball at his feet but is very good off it and has good technique.

M Collin Fernandez (Chicago Fire): Not the biggest player in the world, Fernandez still showed really good flashes at times. He is a very technical left-footed player and clearly has some exceptional talent.

M Declan McCabe (MPS, Weston, Massachusetts): He did some starting as a defensive midfielder and was a solid cog. Not particularly flashy, it’s clear that he has good fundamentals though he could stand to get more involved in the attack at times.

M Robbie Mertz (Century United): Served as a little spark plug. Mertz came on during the second half in a couple of contests and had a good effect on the match. His only disadvantage is his size, which could change in the coming years. From a tactical and technical standpoint, however, Mertz is in good shape.

GK Carter Richardson (Team Ohio): Richardson exuded one of the most important characteristics you want in your goalkeeper: confidence. He was very vocal and really took leadership of his area. He’s a mid-sized player but makes good use of his body. Could develop more range down the line.

F Ade Taiwo (Triangle FC): Can flat out fly. Taiwo can outrun defenders at times to score goals, which he did during the tour, but that can be a gift and a curse if he depends on it too much. Left-footed and dangerous, he was a difference-maker at times.

M Brandon Tetro (PDA): Was one of the most consistent players present. He has good vision and good strength. Very polished in a lot of areas and a good teammate.
Related: Players To Watch,