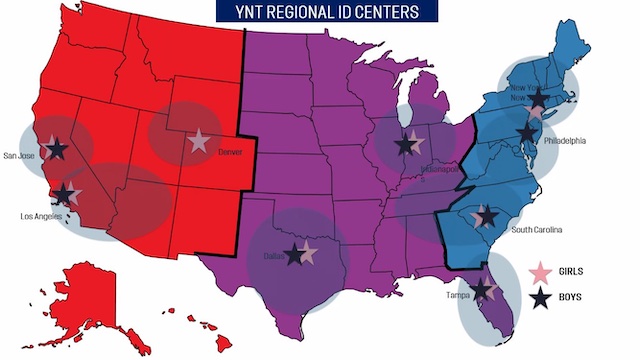 The YNT Regional ID Centers for 2021 are kicking off soon. TopDrawerSoccer learned this week that there will be a camp for the 2005 age group in Dallas, Texas on March 24th. There were 28 players called into the Identification Center event.

FC Dallas leads the way with six players called into the Identification Center. Solar SC and DKSC each had four players called into the ID Center. Classics Elite and Sting Dallas both had three players included in the roster. In total, 25 of the 28 players invited come from the ECNL. The other three players play for Girls Academy League Clubs (two from Lonestar, one from Houston Dash).

The Identification Center Camps were a point of contention during the U.S. Soccer Annual Governors Meeting last week. The Athletic’s Meg Linehan reported that would be nine camps on the women’s side of the Federation during 2021. It appears that this upcoming camp in Dallas will be the first of the year. Denver, San Jose, Los Angeles, Indianapolis, New York/New Jersey, South Carolina, and Tampa are other locations for YNT Regional ID Centers on the women’s side.