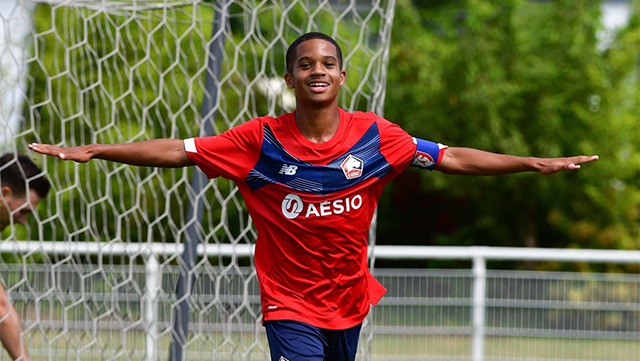 Ahead of the 2020-21 club season in Europe, TDS will be previewing some of the top, youth national-team eligible U.S. players on the books in Europe. The established first-team players that are regulars for the USMNT, won’t be covered.

In some European countries, the season is already underway. Proceedings kicked off in Belgium and Scotland at the beginning of August.

With the new season picking up the pace, TopDrawerSoccer is running the rule over some of the young Americans trying to make a first-team breakthrough (or already have, in some cases) during the 2020-21 season.

Kick it off with a look at some of the players competing in leagues that have already started.

Poised to be one of the Americans outside of the bigger-known young Americans (think Christian Pulisic, Weston McKennie, Giovanni Reyna, etc.) to play a significant role for his club this season is Chris Durkin. The central midfielder transferred permanently to Sint-Truidense VV in the Belgian first division in the middle of the pandemic. Previously, he had been with the club on loan from D.C. United, the team he had signed with after progressing through the team’s academy. A central midfielder that can play at the back, Durkin’s played in the first two/three games of the season already. The club’s made a solid investment with him, looking to develop him into a player that could move up in the next few years for a higher fee.

Celtic’s dominance in the Scottish Premier League is extremely reliable, and in the upcoming season, could feature a young American player. Cameron Harper, who was on the bench over the weekend for the Celtic first team, has been with the Scottish power for nearly two years. The wide attacker worked his way into the reserves last year, and was named to the substitute’s bench in a 1-0 win against Dundee United on Saturday. A first-team appearance seems within reach for Harper, if he continues to train well and stay healthy during the current season.

Making it in France is a tall task for younger players from the U.S., with Tim Weah the highest profile among first-team contenders – but even he’s still trying to stay fit and get on the field at Lille. U.S. youth contender Kaile Auvray (2004) is eligible for the 2021 U17 World Cup cycle, and has started off in good form at Lille’s Under-17 youth setup. He scored a goal in the opening weekend of action for his Lille Academy team. Twenty-year-old Nicholas Gioacchini worked his way into regular minutes for Ligue 2 side Caen during the 2019-20 season, before the campaign ended and wasn’t resumed. Continuing to build off that is the primary goal as the Ligue 2 season began on Saturday, where the attacker started and played 83 minutes in a 0-0 draw.

Ben Lederman was an unused sub over the weekend in Raków Częstochowa’s first game of the 2020-21 season in the Polish Ekstraklasa. The central midfielder made a permanent move there earlier this year, playing just over 180 minutes in six games. Still just 20 years old, his progress at the club will be intriguing considering the smaller number of American players that end up on those shores.

The soccer season in Italy isn’t slated to begin until September 19, and it will feature a pair of younger Americans looking to make inroads into Serie A. Goalkeeper Luca Lewis, who is eligible for the 2021 Under-20 World Cup cycle, plays for Torino’s Primavera side. He moved there back in 2017, joining the Italian side after spending time at IMG Academy. Lewis will look to continue his steady climb in the youth ranks and make a case for a spot on the U20 team – should that competition take place. Former PDA standout Gennaro Nigro has signed with Potenza Calcio, a club in Serie C. Nigro spent a season and a half at AS Roma.

Speaking of new contracts, Mukwelle Akale has a new club, introduced as an addition to Cypriot club Pafos FC on Monday. The 23-year-old winger struggled to see consistent minutes regularly at Villarreal B, as he spent the past six years at the Spanish club. Cyprus’ first division is two games old, so it will be interesting to see if he features. His younger brother Masango, who previously played for the Portland Timbers Academy, is an ’02 that also joined the club’s Under-19 team.

The Danish Superliga is set to kick off the weekend of September 12. Olympic-eligible forward Emmanuel Sabbi joined Odense Boldklub earlier this summer on a free transfer from Hobro. His former club, which includes fellow U.S. midfielder Christian Cappis, was relegated to the 1st Division (the second tier of pro soccer in Denmark. The central midfielder's another contender for the Olympic qualifying squad, although his focus will be on bouncing back up to the top flight.