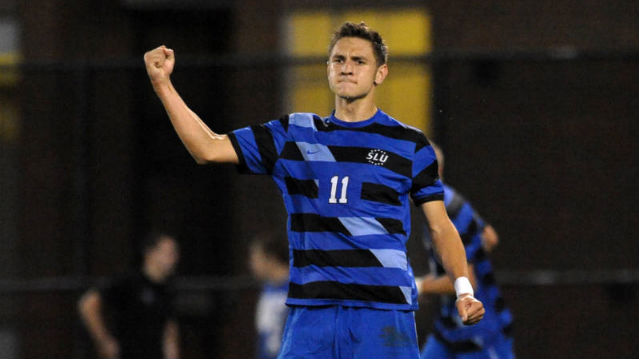 A number of big pieces from last year’s success return for the Billikens, including forwards Robert Kristo and Kingsley Bryce, not to mention defender Anthony Manning, players who can carry the team back to the top of the Atlantic 10 summit this season. The team will have a target on its back after being voted preseason favorites, but there’s no doubting that they have the players to back it up. 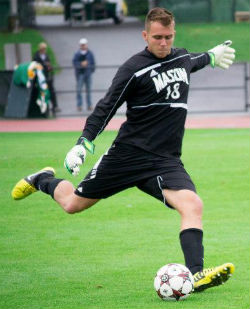 A stout defense backed by German goalkeeper Steffen Kraus buoyed the Patriots to a successful 2013, capped off with an Atlantic 10 tournament championship and NCAA tournament appearances. The sophomore Kraus is back in goal, and while the team does have some holes to fill, also bring back Taylor Washington and will rely on speedy sparkplug Timi Mulgrew to jump start the offense. Big things are expected from freshmen Henning Dirks and Alain Sargent.

Another program capable of making a run at the Atlantic 10 summit, the Rams return a strong spine with Dennis Castillo in defense, Devon Fisher in the midfield and Kharlton Belmar up front. Belmar, who spent the summer with the Portland Timbers U23 side, has breakout potential for this season after bagging eight goals a year ago, and if another player steps up and chips in on offense, it will bode well for VCU this season.

Replacing Jason Plumhoff in the midfield and goalkeeper John McCarthy are two big holes the Explorers need to fill this season. Defender Joe Farrell enters the season in good form after contributing to New York Red Bulls U23 NPSL championship.

The Flyers enjoyed a banner year in 2013, but a low RPI and defeat in the Atlantic 10 tournament spelled no NCAA action for Dayton. While the team lost significant talent, senior forward Greg Enstone is back looking to avenge last year’s disappointment, while big things are also expected from Amass Amankona up top. Twelve freshmen also join the program this fall, meaning the youth will likely be served in Ohio.

A roster dotted with players from Canada, France, the Netherlands, Norway and England – not to mention a chunk of domestic talent – can the Dukes make a run at the conference crown? Dutch forward Kadeem Pantophlet returns as the team’s top scorer, though he mustered just four goals last season. He’ll need more help this season is Duquesne is to take a step towards contention.

A non-factor in the title race a year ago, the Hawks were outscored 28-19 in their 19 games. Top offensive producer Tim Lazorko (four goals, four assists) is back, and will look to lead St. Joe’s up the ladder.

Interim head coach Devin O’Neill assumed control in mid-August, and he’ll look to take the program forward with returning players Josh Schwartz and Matt Keys back in the fold.

Third-year head coach Craig Jones brings back seven starters from last year’s squad, headlined by sophomore standouts Tobi Adewole and Garrett Heine, who both enjoyed strong freshman seasons. Offensive improvement is sure to be an emphasis after the team scored 19 goals in 2013.

After graduating significant contributors last year, the Bonnies were picked to finish bottom of the conference ahead of the 2014 season. Senior forward Nicholas Perillo is one of several returners who will look to prove the rest of the conference wrong.

A huge freshmen class of 14 joins the Fordham roster, and it could signify a better offensive output than a year ago, when the team mustered just 11 goals in the entire regular season.

Looking to continue the trend from Germany to the Atlantic 10, goalkeeper Nils Leifhelm was one of the top recruits heading into the upcoming campaign. In all, eight starters back from 2013’s winless conference season, including key offensive contributors Matt Sykes and Ryan Oakley.

Forward Valeriy Sviderskiy returns to and will lead Davidson into its new conference home. Preseason polling places the Wildcats fifth, high praise for a program that will have to navigate through a lot of new experiences this coming season. John Pace and Maxi Pragnell also return from a year ago, ready for the challenge.