There’s been a shift in the Atlantic Sun Conference thanks to the ripple of conference realignment. Mercer and East Tennessee State have moved on, but in reality, that shouldn’t change much when it comes to looking at the favorites for the upcoming season. 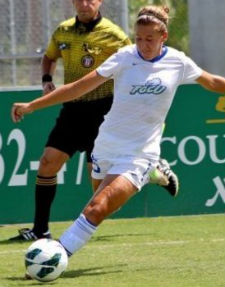 Florida Gulf Coast(w) women’s program has thrived under head coach Jim Blakenship, and the Eagles will certainly be favorites once again this season. Rising sophomore Tabby Tindell burst onto the scene in 2013 with 14 goals, while Ally Kasun and Emma Blackwell return to provide experience. The Eagles will be out to avenge last year’s Atlantic Sun Conference Championship which they lost to Jacksonville, and return to the NCAA tournament field.

With 19 players back in the fold, Jacksonville is hoping to make another run at unseating Florida Gulf Coast. Forward Kaitlyn Bassett’s 13 goals and four assists a year ago were both career bests, and she'll be back looking to build on that effort. Both players will be the key to knocking Florida Gulf Coast off the regular season perch.

An experienced group leads Kennesaw State, including Australian midfielder Nicole Calder, Icelandic defender Alma Gardarsdottir and Florida native Brittney Reed. Getting more goals is a massive need for the Owls in order to contend and improve in the upcoming season.

The departure of ETSU and the others could open up opportunities for the other programs, like Lipscomb, Stetson, North Florida, Northern Kentucky or USC Upstate to vault themselves into contention. Lipscomb forward Ellen Lundy enjoyed a very good freshman season, scoring 14 goals and adding three assists. She’ll look to combine with senior forward Baylee Linnell and fire Lipscomb into contention.

The quartet of Portland State, Northern Arizona, Weber State and Northern Colorado ruled the roost in the Big Sky for the 2013 campaign, and while Idaho State, Montana and Sacramento State are among those capable of climbing the standings, don’t be surprise to see a similar standings in the 2014 campaign. 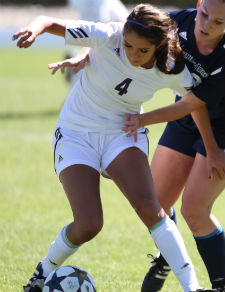 Portland State can once again rely on an experienced and determined defensive corps, led by the co-Goalkeeper of the Year Caitlin Plese, who will be a junior, and Conference Defensive MVP Kayla Henningsen, who will be a senior. The Vikings will get to test themselves against big-conference opposition in the non-conference portion of the schedule against both Texas Tech and California, before facing conference opposition that they more or less dominated last season, conceding just three goals in Big Sky play. The big question for their hopes is finding a way to replace top offensive producer Eryn Brown (8 goals, 5 assists).

A strong defense was part of the reason that Northern Arizona was able to achieve its success in 2013, conceding just eight goals in nine conference games, and 20 overall. Starting goalkeeper Lauren Weaver is gone, however, and Meghan Dickmann and Natalie Gilbertson will duke it out for the starring role. First-team All Conference midfielder Cierra Gamble will anchor the team in the middle of the park once again, while last year’s top scorer Haley Wingender is also back.

The defending conference tournament champions, Weber State should be there or thereabouts by the end of the season, with nearly all of their conference First Teamers back in the fold. There’s defender Brecken Holbrook, midfielder Chansi Crompton and forward Mackenzie Harrison, giving the team a tremendous spine with plenty of experience in the Big Sky. Harrison, last fall’s Offensive MVP in the conference, will carry a lot of the team’s offensive hopes.

Goalkeeper Natalie D’Adamio is gone, leaving Northern Colorado looking for a new shot-stopper in 2014, and that’s going to be one of the biggest questions when looking at their conference hopes. Leading scorer Essence Ortiz-Lanier thrived split between a starting role and coming off the bench, and she’ll look to outdo her five goals from a year ago.

The rest of the conference features a new entrant (Idaho), a squad hoping it can get another big year from Amanda Ellsworth (Idaho State), while Montana, Sacramento State, Southern Utah, Eastern Washington and North Dakota battle to stride forward, jump over the .500 mark in the conference and vault themselves into competition for a postseason spot.