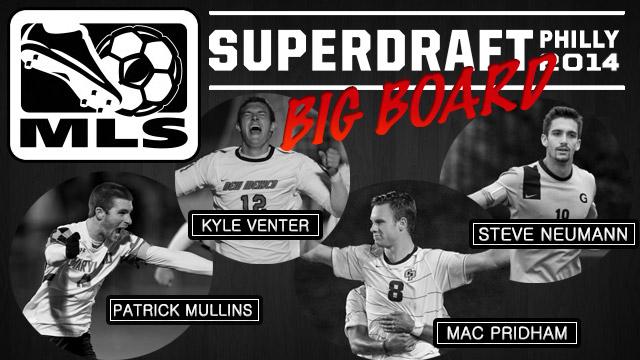 The 2014 Major League Soccer SuperDraft is just around the corner, with this year's combine wrapped up and senior and Gen. adidas prospects awaiting their fate on Tuesday, when the first two rounds of the draft are set to be held.

In the final edition of the Big Board, the Generation adidas signees are all added to the Top 100, with Andre Blake rated as the top prospect in the draft class. The list was compiled based off conversations with scouts, agents and coaches throughout the course of the college season, along with watching games themselves. Slight adjustments were also made after the MLS Combine as well, basing off media reports and further conversations.

For more information on each prospect, also be sure and check out the position-by-position rankings that takes a closer look at the top players.