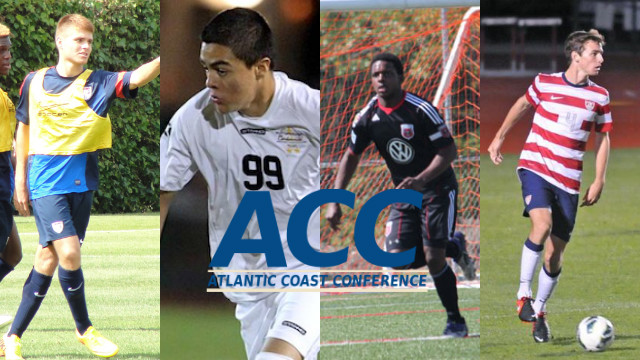 There’s no question that the loss of Maryland removes a little bit of luster from the vaunted ACC.

However, with Louisville set to swap in for the Terps, the dip is far from significant, as Ken Lolla’s program will slot in as one of the contenders to pick up conference honors in the coming season.

And when breaking down the recruiting classes, there isn’t a huge drop-off in the level of talent entering ACC programs. Youth national team veterans dot rosters, with Virginia, Wake Forest and Duke all with exciting groups joining.

A reminder that transfers aren’t included in the roundup, and that if you are committed anywhere or a school below, please email it to us at commit@topdrawersoccer.com. 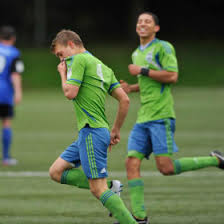 Tracking down Eagle recruits can always be tricky, so it’s no surprise to see only two players recorded. Henry Balf is a standout in the Development Academy for FC Bolts Celtic, a power in the northeast.

The rising power in the ACC, Clemson is coming off a tournament appearance and is turning to familiar areas for recruiting: a combination of locally-sourced talented and from vaunted Montverde Academy in Florida. The list may lack to blue chippers of other programs, but expect head coach Mike Noonan to have his group ready to continue their upward trend in 2014.

Head coach John Kerr has quietly assembled an outstanding recruit class, cherry-picking some of the best players from up and down the eastern seaboard. There’s No. 31 ranked recruit Brian White, a high-intensity and skilled midfielder, No. 35 Jeremy Ebobisse-Ebolo from Bethesda Olney, a strong and powerful forward, No. 49 Cameron Moseley, another promising athletic forward from Concorde Fire and No. 106 Carter Manley a defender and club teammate of Ebobisse-Eboloe. Now it’s up to Kerr to mesh this group with a strong crop of returning players and help them play up to their potential.