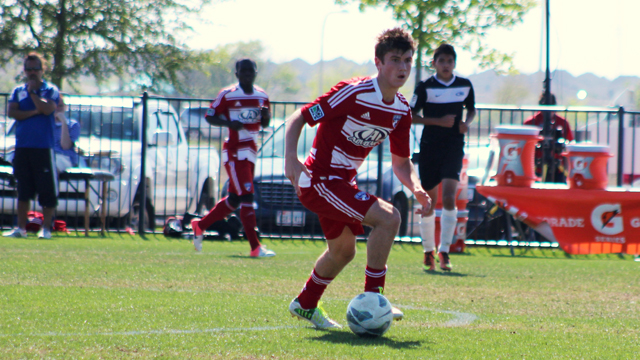 It is still early in the process especially for boys club soccer, but some of the top recruiting classes for 2015 are starting to take shape. The top recruits are still out there as the seventh ranked player in the IMG Academy Top 150 is the highest ranked recruit to give his verbal commitment as of Wednesday.

Expect some of the big chips to fall in the coming months while players assess professional and college opportunities and schools turn up the pressure in the recruiting battle.

For now, here is a look at the top ten recruiting classes for 2015.

The Tar Heels returned to Texas for the top recruit in this class, which seems to be the bread and butter for the program in the past. Craft is a speedy player with a bright future and is currently participating with the FC Dallas first team during preseason in Florida. Yomba has stepped his game up recently and excelled with the youth national team. He could be the perfect forward for the North Carolina style of play.

Of course, the Bruins are near the top once again in the recruiting class rankings. UCLA still has room to fill in this class and is probably the most likely candidate to pull in one of the top five recruits. Malcolm Jones is a local player who looks to have a bright future at the collegiate level and beyond.