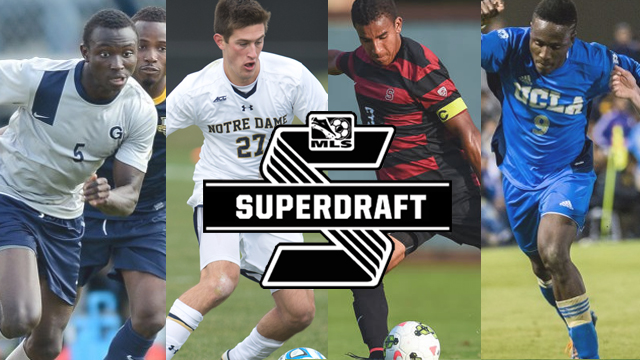 The 2016 MLS Draft is a little more than a month away, as the men's college soccer season writes its final chapter this coming weekend.

Over the past few years (or less) players around the country have made their case to play soccer at the next level. Below is an initial look at the Top 50 pro prospects available in the January draft. Based off of conversations with coaches and personal observations, it's a projection of who could make an impact at the next level.

Keep in mind that MLS is unlikely to sign 11 players to Generation adidas contracts (marked with an *), and those players will be removed from future updates. The underclassmen listed below are players projected to be targeted by MLS. Along with that, MLS homegrown candidates (noted with an ^) will be removed when their signing is made official, or retained as their status becomes clear.