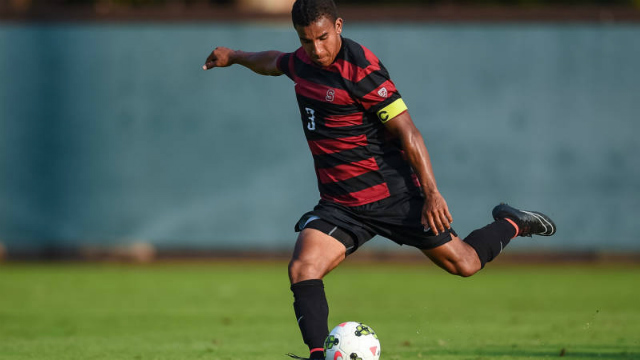 Projecting a college soccer player’s chances of success at the professional level always comes with a bit of guesswork. So many variations between the levels, from the speed of play, travel demands and schedule length are just some of the factors to consider.

Still, college soccer does offer players a chance to showcase their ability between the lines. As the regular season winds to a close, below is a look at some of the players who’ve helped and hurt their draft status during the 2015 campaign.

GK Ryan Herman, Washington – One year after Spencer Richey was drafted by an MLS team, another Huskie goalkeeper is enjoying a tremendous senior season and could soon follow in the footsteps of his former teammate. Washington is on the tournament bubble, but remains in contention for a bid thanks mostly to the play of Herman. On a team that has managed just 15 goals all season, Herman has kept UW alive with nine shutouts, amassing 71 saves and conceding only 10 times in 15 games. Listed at 6-foot-7, he has the size that coaches might be looking for when surveying the college ranks for shot-stoppers.

M Timo Pitter, Creighton – Even though the dream of a perfect season is no more, any player who’s seen significant minutes for the Bluejays in 2015 has seen a nice boost in their reputation. Pitter is a talented player who has produced from his very first season in Omaha, amassing 30 goals and 20 assists through his college career so far. The German native has the dreaded international tag to overcome, but has shown his consistency at one of the nation’s best programs.

D Brandon Vincent, Stanford – Competent left backs are always a scarce commodity to come by, and Vincent has suffered no drop off in 2015 after an excellent junior campaign for the Cardinal. A potential top 10 pick, Vincent’s enjoyed another superb season on the left flank, locking down the opposing midfielders on a regular basis and adding a creative spark in the attacking third.

F Chase Minter, Cal Poly – It’s never uncommon to see a player enjoy a breakout season in his junior season, and then tail off a bit in his final campaign. The Big West Midfielder of the Year in 2014, Minter has stepped up once again this season, leading Cal Poly to the cusp of the NCAA Tournament, scoring seven goals and adding six assists.

M James Moberg, Washington – In the abbreviated nature of the college soccer schedule, even a minor injury can wreak havoc on a player’s prospects. Moberg has unfortunately suffered that fate his senior season, as he’s been on the shelf since September 20, a 0-0 draw against Harvard. Teams that have done their homework will still be on his trail, as he is a quality two-way midfielder who can excel on both sides of the ball. His absence has been a huge blow for the Huskies, as he remains the team's leading scorer with three goals.

GK Zach Bennett, Michigan State – Replacing midfield stars Fatai Alashe and Jay Chapman was always going to be a tall task for the Spartans, as both moved on to pro soccer careers this season. Without that superb midfield to control games, it was always going to create more for goalkeeper Zach Bennett to do, and he’s had his ups and downs. Both his goals against average (1.00) and save percentage (.764) are down from last year. Statistics don’t tell the full story for the goalkeeper, and he remains one of the top senior goalkeeping prospects in this class. But with Michigan State in danger of missing out on the tournament, it's another blow for Bennett’s chances to impress scouts.

F Darius Madison, UMBC – Before the season even started, Madison’s pro stock took a dip when he was kicked off Virginia for violating team rules. He landed at UMBC, and has done decently enough – scoring six goals and three assists. But it’s not the kind of production that would suggest he’s ready to trouble MLS defenses.

F Faik Hajderovic, Saint Louis – Creative attacking types need to show a certain level of college production to get a long look from MLS clubs, and Hajderovic had a certain level of excitement surrounding him when he transferred to Saint Louis for his senior season. Unfortunately, his productivity hasn’t hit the heights of 2013, as he’s played only 900 minutes, contributing two goals and two assists. He remains a quality player, but will need to step things up over the coming weeks to earn a combine invite.