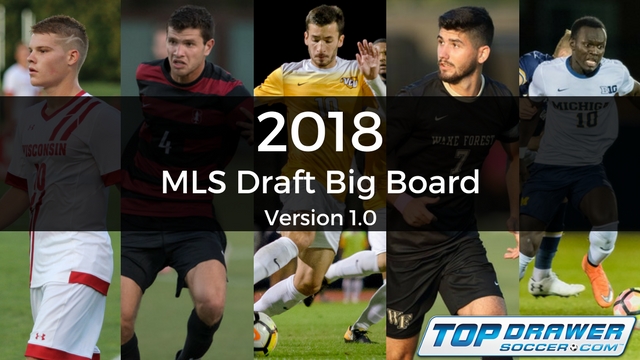 The MLS Draft means very little when constructing rosters these days, with only a handful of college rookies carving out regular roles in 2017.

There's not a huge difference between this year and last when it comes to the talent available. MLS announced the addition of six underclassmen that will join the league via Generation adidas, and most of that group should come off the board early.

Immediate contributors are also few and far between, with most of the players available wild cards. However, teams in the early stages of the first round could end up with someone that can make an impact, whether this year or next. One of the other unpredictable factors is how team's accommodate foreign college stars. Both Jon Bakero and Rafael dos Santos are two of the most talented attackers in the draft, though they could end up slipping since both are from abroad.

Below is a first look at the top 50 players available in this year's draft.