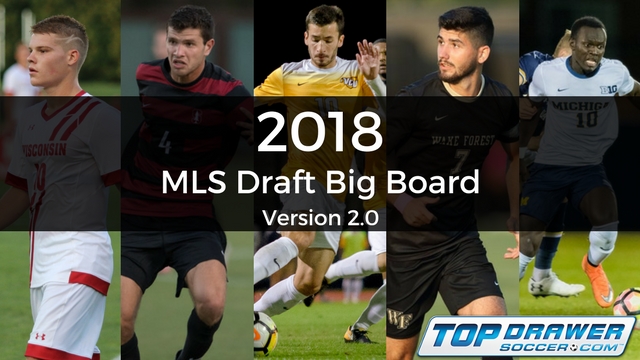 Games begin at the 2018 MLS Combine on Saturday, kick-starting the final opportunity ahead of this year's draft.

The Generation adidas class received another addition, as MLS announced that Virginia's Edward Opoku was the seventh signee, and he will be competing at the Florida combine.

Between that, and senior prospect Jake Rozhansky signing overseas, below is an updated version of the TDS Big Board, extending to the Top 75 players available.