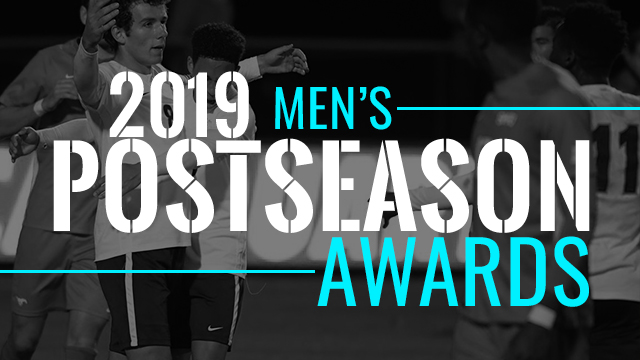 For the first time since Stanford began its dynasty in 2015, a new program captured the Division I men’s soccer national championship in 2019. Georgetown’s triumph in Cary capped off a sensational season for the Hoyas, while Virginia came up just short of finishing on top of an extraordinary campaign of their own

In the wake of the men’s season coming to a close, TopDrawerSoccer announces the 2019 men’s postseason awards, highlighting some of the best and brightest seen. Two central midfielders secured the individual awards as well.

Virginia’s Joe Bell stepped up in a massive way this season, and earns the Men’s DI Player of the Year. For Bell, it’s more about setting the tempo and tone of Virginia’s dominant style than it is about goals or assists. He did score seven goals (five from the penalty spot) and added four assists, as Virginia won the ACC Coastal Division and conference tournament. Outside of the college game, Bell made his full international debut for New Zealand in a friendly against Ireland the weekend of the ACC semifinals and final. At times this season, Bell looked head and shoulders above the level, and he edged out quality candidates like Robbie Robinson (Clemson) and Georgetown right back Dylan Nealis.

Another tempo-setting central midfielder earns the TDS Freshman of the Year, as Indiana’s Aidan Morris captures the honor. A native of Florida that moved to Columbus to compete at the Crew SC Academy, Morris was part of IU’s stellar freshman class that led the Hoosiers to the Big Ten regular season and conference tournament title. Tough and tenacious in the middle of the park, Morris’ ability to do all of the little things well helped to set the platform for another stellar IU season. He made 22 appearances in the season, scoring twice and assisting on eight goals. Morris edged out worthy candidates like Philip Mayaka (Clemson), Ousseni Bouda (Stanford) and Wilmer Cabrera Jr (Butler).

Having secured the national championship and led Georgetown to a 20-1-3 record, the 2019 Coach of the Year goes to Brian Wiese and his staff on the Hilltop. Relying on a deep bench, including using 19 players in the national championship game, Wiese struck the right balance throughout the season, including alternating goalkeepers through the season. When it was all said and done, the Hoyas won the Big East regular season, conference tournament and NCAA tourney. Georgetown’s defense finished as the third-best in the country, conceding 14 goals in 24 games.

Check out the complete 2019 awards below.