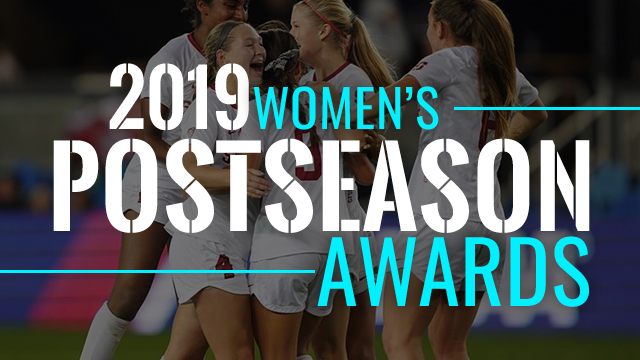 The 2019 women’s Division I college season is over, with the Stanford Cardinal winning their second national championship in three seasons.

TopDrawerSoccer.com announces the 2019 Women’s Division I Postseason awards, with the champions well-represented – along with the Pac-12 as a whole.

For the second time in two seasons, Catarina Macario is the Player of the Year. Macario’s sensational season is well-documented, as she led a Stanford attack that scored 102 goals during 25 games. Macario tallied 32 goals and added 23 assists and was the runaway winner after putting together such a statistically dominating season.

Freshman of the Year goes to Angelina Anderson, who stepped into goal at California and led arguably the best turnaround from 2018. The U.S. youth national team veteran posted a 13-4-3 record, earning Pac-12 Goalkeeper and Freshman of the Year honors. She made 79 saves, securing nine shutouts, and most importantly, leading the Golden Bears to the NCAA tournament after the team went 5-12-2 a year ago. Anderson edged out talented standouts like Maycee Bell (North Carolina), Mia Fishel (UCLA) and Isabella D'Aquilla (Santa Clara).

The final individual accolade goes to Paul Ratcliffe, who earns the 2019 Coach of the Year. Ratcliffe figured out how to get the most of his high-flying attack, making the right tweaks at the right times to lead his team to a perfect record in the Pac-12 and the title-game triumph.

Below are this year’s awards as selected by the TopDrawerSoccer.com staff, with the entirety of the season taken into account for consideration.