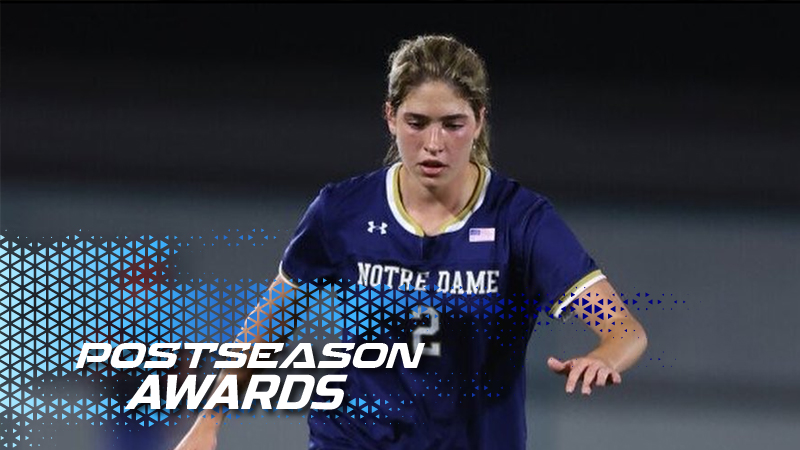 And now that everything has settled slightly, TopDrawerSoccer releases its 2022 postseason awards, acknowledging some of the most outstanding players of the year. The awards consider conference awards, postseason play, team performance and other factors in recognizing the nation's best.

Notre Dame midfielder Korbin Albert is our Player of the Year. The midfielder pulled the strings for a team that made a deep postseason run. She scored 15 goals and added give assists across 21 starts. Her standout performance was against Florida State, where she scored a hat-trick to pace Notre Dame against one of the nation's best teams. She beat out ACC rival Michell Cooper (Duke) and Pac 12 standout Croix Bethune (USC) for the award.

Freshman of the year goes to Stanford center back Elise Evans. In what was supposed to be a rebuilding year of the Cardinal, Evans shepherded one of the nation's best backlines. An All-Pac 12 first team honoree, Evans played almost every minute, and also notched three game winning goals. With her in the mix, the future is bright in Stanford. Also in the mix were Ally Lemos (UCLA), Gianna Paul (Alabama), Kat Rader (Duke) and Ally Sentnor (North Carolina).

Finally, UCLA first year head coach Margueritte Aozasa is our coach of the year. Aozasa led the Bruins to a national title in her first year leading any program, piecing together a talented roster to build a championship team. UCLA only lost once all season, and completed a remarkable comeback to beat North Carolina in the College Cup final.