Over the past five seasons, the Atlantic 10 has sent two programs to the College Cup, with Charlotte’s late-season run barely denied by North Carolina in last fall’s national championship.

Two new teams enter the fray this year, as VCU and Butler now make it a 16-team league. Plenty is at stake as things get set to kick off this fall.

Last year ended in disappointment, after a good run for the Colonials saw them come up short in the conference tournament and miss out on an NCAA tournament bid in 2011.

Replacing leading scorer Yoni Berhanu is one of the big keys, although Seth Randolph is coming into his senior year and will look to help pick up the slack in that department. 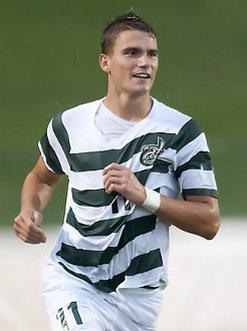 Starting goalkeeper Ryan Meara is gone, now with the New York Red Bulls, meaning a lot of new faces are going to have to step up and contribute this season. However, there is still plenty of experience back.

“We still have probably five, six guys that have started a lot of games for us, and we feel like we’ve got a good incoming recruiting class so we feel good about the direction of the team for [this] year,” head coach Jim McElderry told TopDrawerSoccer.com earlier in the year.

“As with a lot of college programs, with graduation there comes opportunities for some guys within our team who maybe have had limited roles will now be expected to increase their playing time.”

Nat Bekoe is likely to shoulder a lot of the load in the midfield, along with Ryan Curran as the team looks to continue success in 2012.

The national title runners up have a new coach, as Kevin Langan has taken over for the departed Jeremy Gunn. While his team lost some senior experience, a strong core of players remains that will need assume some of the leadership burden.

Getting off to a strong start is the team’s focus this year.

“We want to hit the ground running, “ Langan told TopDrawerSoccer.com. “We’ve done that very, very well in the past, by the time we start the season we’re all match fit and ready to push.”

Talented returners who will look to thrive under a new coach include Donnie Smith, Giuseppe Gentile, Isaac Caughran and midfielder Tyler Gibson.

A good portion of the Explorers return after their 2011 season ended in double overtime of the Atlantic 10 tournament. Jason Plumoff (7 goals, 6 assists) is among those coming back, along with goalkeeper John McCarthy.

Senior forward Cody Calafiore, leading scorer from a year ago, is one of four seniors looking for a strong finish to their college careers. The other three, Andrew Dodds, Homero Rodriguez and Billy Kappock, will look to compete for playing time and offer a strong contribution to this year.

There’s no question that head coach Andy Fleming has improved this program and taken it several steps forward. He’ll look to continue trending upwards and push the leaders in the Atlantic 10 after winning the tournament a year ago.

Important attackers Gino De Paoli and Luke Spencer have both returned to the fold and will be critical for the Musketeers, along with defender Nik Hagglund.

It was a good year for the Dukes at home, going undefeated (7-0-2). But a very poor away record – all nine losses were on the road – that’s a point of emphasis if they are to climb the standings.

The attacking duo of Simon Gomez (9 goals, 8 assists) and Joshua Patterson (9 goals, 3 assists) are both back and give the team plenty of hope for the upcoming season.

Seniors Matt Ribbens and Robby Gargaro are among the team’s most experience players and leaders, while sophomore midfielder Matt Sykes (3 goals, 4 assists) is back after a strong first year.

Improving that out of conference record is key for the Flyers this fall, and offensive improvement is needed from a team that scored just 18 goals last year. Leading scorer Abe Keller (3 goals, 5 assists) will be a junior.

The Billikens are looking to get back into the mix in the Atlantic 10 and have 13 new freshmen on the roster. However, experience will lead the way, including second year players Robbie Kristo and senior Michael Robinson.

Adding intrigue to the upcoming season was Clint Peay’s resignation to take a position as an assistant with the U17 MNT down in Florida. In steps Leigh Cowlishaw, the head coach of USL Pro side Richmond Kickers, in an interim role.

New faces are prevalent throughout Sam Koch’s 2012 squad, with 14 incoming freshmen in total. With that, there might not be many more wins than a year ago as the team only scored nine goals last year.

Head coach Don D’Ambra has his hands full guiding a Hawks program back into contention. Entering his third season, the team has posted the same 2-15-0 overall record in both his years in charge.

Hopes for an improved 2012 campaign fall to offensive stalwarts Emmett O’Connor and James Reed,. The pair generated most of the offense last season for the Bonnies.

One of two new programs in the conference, the Rams must deal with a lot of change this fall – not just a new place. However, that hasn’t tempered enthusiasm for a new year in Richmond.

“We’re all glad to be back here and rolling, and getting going with the part that we missed – the playing part,” head coach Dave Giffard told TopDrawerSoccer.com.

Juan Solano and Jason Johnson provide two of the team’s most experienced and effective players as the Rams look to jump in right away and compete in the Atlantic 10 – though they know that will be a tough task.

“There’s some strength in the league at the top,” Giffard said. “I think you have a lot of variety in terms of the types of places you go and the types of teams that there are.”

Leading goal scorer Austin Oldham is back among the returning players, as the Bulldogs look to cope and adjust to the new challenge of a move to the Atlantic 10.