College Players to Watch in the PDL: Pt. 4 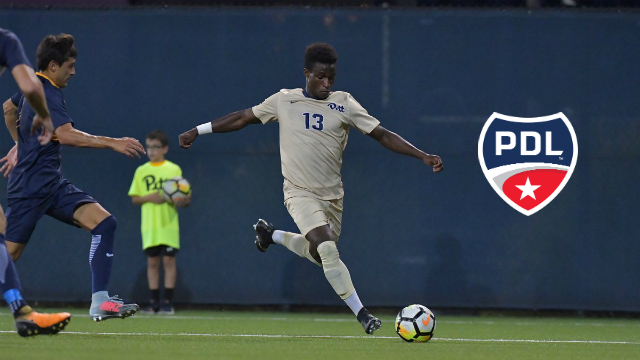 This week, topdrawersoccer.com will look at 10 college players to watch from each PDL conference ahead of the start of a new season.

Below are 10 Division I players from the Eastern Conference to know this season.

The raw yet talented forward looked good for the Zips last fall, and this upcoming season will be another big opportunity to make an impact in the college game. Egbo’s slated to join Black Rock FC during their first season in the PDL.

Part of Umass Lowell’s dream 2016 season, Basic’s been stellar during his two years in Massachusetts. Between that, and his freshman year at UCF, the Croatian native has 50 starts in 51 games over the past three years in college soccer. He’ll be a linchpin in the midfield for FC Boston.

While his freshman season didn’t go the way Alex Rose likely planned, the lanky striker remains a promising, up-and-coming talent that could potentially be a pro one day. He’ll look for a big year with the Nor’easters before heading back to UNC for another season.

One of the overlooked prospects in the Right to Dream pipeline, Nuhu’s quietly been one of the best goalkeepers in the country the past few seasons. He was a big piece for Fordham’s NCAA Tournament run last fall and is a top pro prospect despite lacking somewhat in the size department. Between him and Maryland(m) goalkeeper Dayne St. Clair, the Red Bulls U23s will be locked and loaded between the posts.

A regular for Reading during his time at Villanova, Zandi’s likely to get consideration from the Union for a homegrown offer after his senior season in the fall. Zandi excelled in the spring against Bethlehem Steel, and if the midfielder can put together another solid PDL season, his stock will be high heading into the college season.

Coming to the U.S. to play college soccer from Europe, Dexter was certainly not high on the radar on a number of top programs. The wide attacker can score goals as well as create them, and has the pace to unlock a back line.

The former FC Dallas Academy standout is set to stay in North Carolina for the summer and compete for the NCFC U23s. The defender played his way into the starting lineup for the Tar Heels as a freshman and is one of college soccer’s better up-and-coming defenders. He may not have the size to play professionally as a center back, so his role in the PDL is something to keep an eye on.

Another regular for Reading United over the past few years (minus last summer when he played for K-W United), Miller has the look of a pro in the making. A defender capable of playing centrally or out wide, the 2018 PDL season is a perfect springboard for Miller ahead of his senior year, as he’s sure to enter the 2019 draft as one of the premier prospects. The Canadian is sure to attract plenty of attention from teams north of the border.

The Red Bulls Academy product thrived in a super sub role last fall for the Demon Deacons, and another strong summer back home is sure to position him well for bigger contributions as a sophomore. A superb attacking player with the technique and ability to create chaos for opposing defenses, he has the potential to impact the PDL this summer.

Now former teammate Cameron Lindley left school to turn pro, leaving Pineda to hold down the UNC midfield later this fall. He’s plenty capable and looks a surefire pro amongst college players set to compete in the PDL this summer. Tobacco Road FC is his home for the next couple of minutes, where he’ll provide plenty of stability.