DII/DIII Performances of the Week: Sept. 28 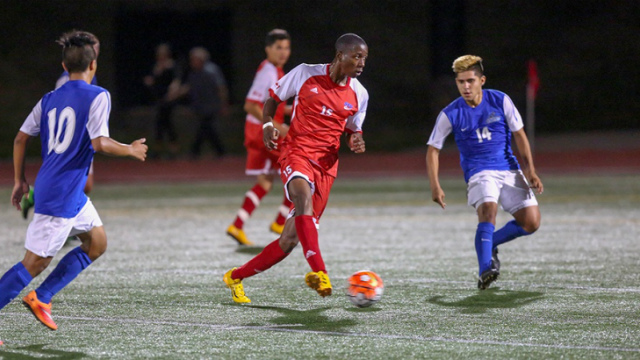 Each week, starting between now and the rest of the season, TopDrawerSoccer.com will highlight some of the top individual shifts of the week in Division II and Division III levels of the college game.

Please email college@topdrawersoccer.com to highlight any players we may have missed or should consider.

There was a rather significant upset highlighting the men’s DII rankings, as Notre Dame College knocked off Charleston in a high-scoring 5-3 win on September 25. Leonardo Paiva and Arthur Favero were the catalysts, each scoring twice and contributing two assists.

While the team’s defense has carried the way for most of the season, Southern New Hampshire conceded its first goal of the season on Saturday against American International. Yannis Becker stepped up to play the role of hero, setting up two goals as SNHU picked up a 2-1 come from behind win.

Behind an offensive burst of 10 goals in two games last week, Pfeiffer continued to build momentum after an early season loss. Midfielder Martim Galvao contributed two goals and three assists in those wins against Francis Marion and Lees-McRae.

Carrying a seven-game winning streak into its September 25 clash against Colorado Christian, Colorado Mines junior captain Anna Delray picked a great time to score her first goal of the season. Her tally stood up as the game winner, extending their winning streak to eight.

Another team currently perfect on the season, Central Missouri rolled past Northwest Missouri by a 5-0 score on Sunday. Junior midfielder Taylor Thompson handed out a trio of assists in the victory, while freshman midfielder Alex Harms scored one and setup another.

Senior forward Julianne Herrity boosted her goal total to 13 with two goals in Carson-Newman’s 3-0 win against Queens University of Charlotte(w) on September 24. She’s scored in seven of eight games so far this season, and leads the team in scoring.

While Adelphi may have suffered its first loss of 2016 on Saturday at the hands of Stonehill, they bounced back with an impressive 2-1 win against East Strousburg on September 26. Junior forward Jeanine Nunez hit the winner from the penalty spot, as the Panthers outshot ESU 24-6.

Defense has been the strength of the University of Chicago, which grabbed two more shutouts over the past week. Goalkeeper Hill Bonin nabbed two more clean sheets, making five saves in last Wednesday’s 4-0 victory against North Central.

Another strong defense continues to dominate at Haverford. Senior defender Maclyn Willigan was one of the key figures as the Pennsylvania program picked up a couple of narrow 1-0 victories to maintain a perfect record.

Freshman defender Ryan Logar bagged the game-winning goal in Rowan’s 2-1 win against Franklin and Marshall, as he continues to earn starts in his first college season. Logar also setup a goal in a 6-2 defeat of William Paterson.

Anchoring back-to-back 1-0 shutout wins over the past week, Redlands defender Spencer Scott also stepped up and scored the game-winning goal in the California school’s 1-0 win over Chapman on September 26.

On the way to rattling off eight wins in a row to start the season, Trinity (Texas)’ offense continued to dominate. Junior forward Julia Camp was at the heart of last weekend’s success, scoring a total of six goals and adding two assists in wins against Austin and Centenary (La.).

NYU won a high-scoring matchup against DeSales by a 4-2 score line on September 24. Freshman forward Alex Benedict accounted for two goals, including the game-winning tally.

After conceding a goal for the first time this season on Saturday, Swarthmore bounced back to secure a 2-1 win against Dickinson. Sophomore forward Marin McCoy played the role of hero, scoring both goals in the comeback, as Swarthmore now boasts an impressive 9-0 record in 2016.