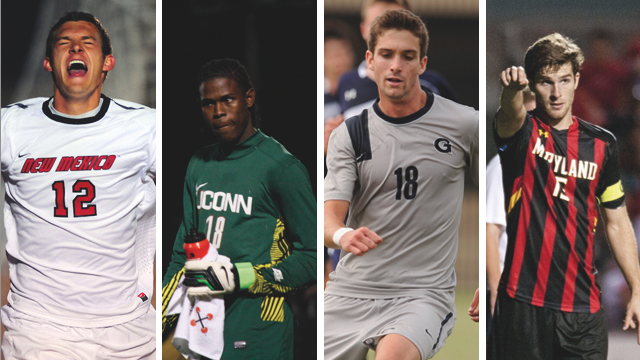 The first kick of the 2013 NCAA soccer season is nearly upon us, which means the preseason awards are starting to trickle out.

This fall is setting up for an exciting season, as Indiana attempts to win its ninth title with a number of challengers trying to stop the Hoosiers from repeating as champs.

There is also a wave of new players looking to seize the spotlight after 25 of the 33 NCAA Division I Men’s All-Americans last season moved onto the professional level.

Below is TopDrawerSoccer.com’s Preseason Best XI list, which highlights some new names looking to make the most of their time in the spotlight this fall.