An extraordinary group of young women – representing the Eagles SC of Camarillo, California – are reuniting this summer to do what has never been done before…win a 4th age specific national soccer championship. 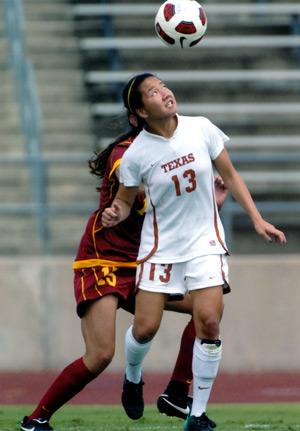 In 2010, on summer break from college, the Eagles defeated Arizona Rush Nike in the U23 final to become only the second side in the 32 year history of women’s youth and adult championships ever to win three US National titles. Colorado Rush (Littleton, CO) won the Under 17, 18, & 19 Championships in 1999-2001. On July 14 – 16, at Lovers Lane Soccer Complex in Bowling Green, Kentucky, the Eagles will attempt to repeat as the U23 titleholders and in doing so win an unprecedented fourth US title.

“It is amazing what this team has accomplished starting when they were just thirteen”, notes Thomas, “and now – as young women – they have a chance to do what no other team ever has. To win a 4th national title would secure their legacy; however, there are so many incredibly talented teams in Cal South (Southern California), to be crowned state champion six times is remarkable in its own right. I am so appreciative to have coached Emily, Amelia, Sid, KC, Coco, and Panda – who have been the heart and soul of our past Championships, as well as the incredibly talented girls on the roster who we have added over the years. They understand that you must play as a team to win at the highest level. That’s the reason they are champions on and off the field, and why they are truly deserving of this historic opportunity.”

To prepare for their title run, the Eagles will play a series of friendly matches, including an exhibition on Friday, May 20 in San Diego against the United States Under 23 National Team.
Headlines
College Rankings HQ
View all rankings >>