There’s another week in the books in Division II, as teams march headlong into their conference schedules with plenty to play for. We profile a few of the biggest names in the game in another weekly wrapup from the Division II soccer world. 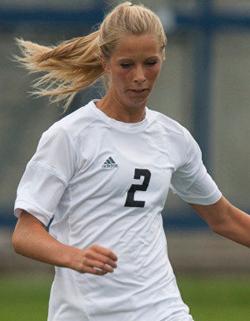 Since Dave Dilanni took over at Grand Valley State in 2003, there haven’t been many coaches on any college level who can match his rate of return. On Sept. 20, Dilanni reached his 200th win at GVSU, and the Lakers have won five games since that time. Most of those have been unfettered blowouts as the No. 1 Lakers raced out to the national women’s No. 1 ranking with an 8-0-1 record. In their last three games alone, the Lakers have outscored opponents 20-0, including 8-0 and 7-0 blowouts last weekend.

It’s nothing new for Dilanni, of course, who has lost just 18 times in 10 years and has only lost more than one game in a season just once since 2006. This year could prove to be one of his strongest teams. A full 11 players have already scored, including a team-leading five from Jenny Shaba to pave the way for arguably the most dominant women’s team in Division II soccer.

While the defending champion West Florida women are trying to climb back up into a No. 1 spot they held to start the season, the Argo men were busy shooting up the rankings with a four-game winning streak. Rollins, though, stood in their way last weekend, and West Florida was powerless to stop the barrage coming their way.

Rollins, ranked No. 3 last week, pipped then-No. 21 West Florida 2-1 to remain one of the few perfect teams left at 10-0-0. While Rollins scored first, the Argos leveled behind a 54th-minute goal from Felipe Oliveira. Walker Hume bagged the winner in the 75th minute by burying a cross from Brett Durrance to give Rollins an impressive fourth win over a top 25 team this year.

No. 4 University of Tampa, No. 6 North Georgia women both fall

The Tampa women’s team was perhaps most famous for putting up an incredible 98 shots in a 10-0 win over Georgia Southwestern earlier this year. With wins in each of their first 10 games, the Spartans were a hot riser and one of the team’s to beat in the women’s DII game. That run was halted over the weekend in a 2-0 loss to conference foe Rollins, which moved to 2-0 in the SSC in startling fashion.

North Georgia, another hot team rising quickly in the national standings, fell as well in a 3-2 stumble against Armstrong Atlantic. The loss snapped North Georgia’s seven-game winning streak and cooled one of the hottest teams in the country. The win moved Armstrong, which has played a loaded schedule to date, to 3-1-0 in conference and handed North Georgia its first loss to drop it to 2-1-0.

While teams continue to fall around them in the rankings, the Lander men’s program is holding steady with unerring consistency. The Bearcats climbed to No. 5 last week thanks to an unbeaten mark, and the Bearcats kept up those winning ways with a 3-1 win over Montevallo over the weekend to move to 6-0-1 on the season. That will certainly keep them in the top five this week and could put them in the discussion as the best team not in the nation’s top three. With Simon Fraser, LIU Post and Rollins separating from the pack in the nation’s top three, Lander is staking its claim as the best of the rest.