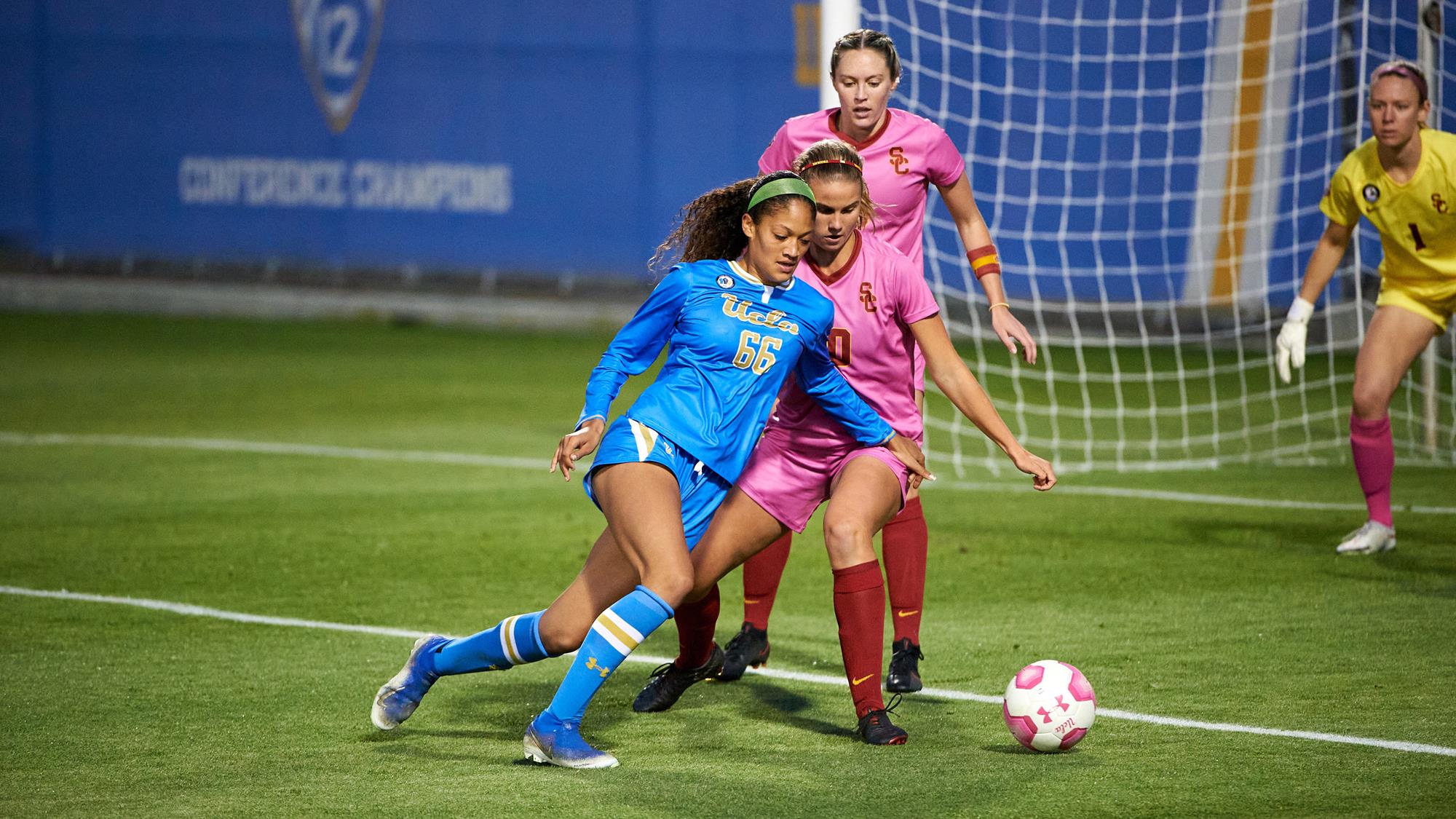 A leading video analysis provider, InStat digs into the numbers behind the success of players on the field.

Earlier in the week, we took a look at the key players from each program in the first round.

Sixteen more programs enter the fray in the second round on Friday and Saturday, as the seeded sides begin play.

According to InStat, the index is based on real-life numbers as their analysts thoroughly break down each game. It all comes down to three fundamentals when calculating the final index name: the values of a player’s actions, a player’s game time, and the level of the match.

Below is a look at the top-performing player from each of the seeded programs, according to the InStat Index.

There’s no surprise that Howell is the top-performing player for the Seminoles. She completes passes at an 87% clip, leads the team in ball recoveries (105) and challenges (247), winning 68% of them. If she’s healthy, FSU remains a title contender.

The left midfielder is tied for first in chances created for the Commodores (17). There are several players that have performed well and are close to Elwell, including Raegan Kelley, Abi Brighton, Haley Hopkins and Myra Konte.

The two central midfielders on the Blue Devils tie for the lead according to the index. Jones’ passing is obviously her strong suit, completing 84% of 838 passes during the season. Both are solid chance creators, with Boade creating 15 (second-most on the team) and Jones 10.

It’s no surprise to see Hocking near the top, edging out fellow attacker Tara McKeown. Hocking finished the season with the second-most chances create (24 to McKeown’s 25) and scoring 10 goals on 27 chances. She outperformed her expected goals mark, measuring 7 xG in 13 games. She also led the team in successful dribbles, completing 64% of 70 attempts.

Not all of the games made it onto the platform, but Ferrer-VanGinkel emerged as the top performing player for the Big 12 side. She created eight chances and had 11 key passes, while completing 72% of her pass attempts.

One of the highest Index numbers in Division I women’s soccer belongs to Colohan. It’s no surprise when considering her statistical production. She has 17 goals and 8 assists, creating 37 chances and converted 47% of her scoring opportunities. For an attacker, her ball security is impressive, losing the ball just 25 times in 18 matches.

Another program with two players tied on the same index number, Royson had the highest percentage of challenges won (70%) among qualified players. Cleverley keeps the passing game ticking over from central midfield, completing 83% of 708 pass attempts.

Capable of playing just about any position, the Portland Thorns draft pick performed at a high level for the Big 12 side. She converted seven of her 11 scoring chances, and created the third most chances on the team (14). Her 22 key passes were also most on the team.

The freshman’s strong season (and goals) lands her at the top spot on the index for UCLA. Her conversion rate is worth keeping an eye on, particularly in this crucial stage of the season, converting nine of 31 chances. Turner isn’t just a finisher, however, as she created 17 chances, third-most on the team. She also led the team in dribble attempts, winning 51% of 89 dribbles.

Playing both central defense or as a defensive midfielder, Bornkamp’s seven goals buoy her on the index. Her passing is solid as well: second-most attempts on the team (802), completed 76% of the time.

While not every game made it onto the platform, Turnbow checks in at first despite the smaller sample size. Turnbow’s 11 chances and 15 key passes are both tam highs.

Another strong season from the sophomore, Podojil led the team in goals and assists, with 7 apiece. In just 14 games, she created a whopping 42 chances and played 41 key passes. The SEC side has the ability to put together a deep run.

A&M’s two highest-ranked players on the index both went pro instead of playing in the spring, as Jimena Lopez and Addie McCain moved on to the next level. Kolb’s passing numbers at right back, completing 80% of a team-high 956 attempts.

The central midfielder’s scoring ability from deep is crucial to the Big 12 squad. She attempted a team-high 54 shots, scoring 10 goals and creating 18 chances.

Despite the high levels of production from Hannah Friedrich and Hannah Larson, Miller edges the index by one. The defensive midfielder’s eight goals from 13 chances represents a very good efficiency, and she leads the team with pass attempts (897). It’s going to be fascinating to see Saint Louis go up against a Power Five school in the tournament in the second-round matchup with Washington.

The team’s leading scorer with 13 goals, Pinto also has a team-high in shot attempts with 54. The chance creation doesn’t fall to her shoulders, but she’s good with possession-retention, completing 84% of 447 passes.