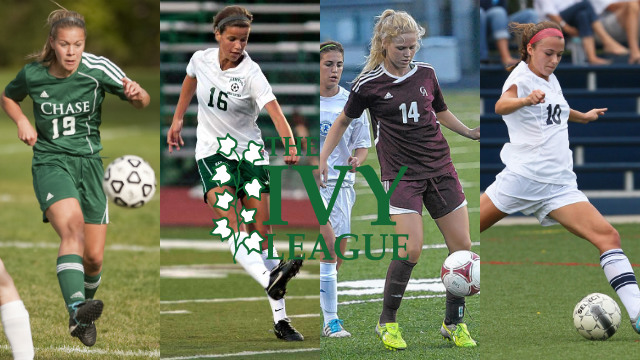 Recruiting players for the Ivy League is no walk in the park. Players must meet rigorous academic standards while also showing well enough to make an impact at the Division I level.

But in the women’s game, there is still plenty of talent to be had, as the lure of academics and elite competition is strong enough to bring in quality players. This year is no different, with Harvard once again attracting one of the nation’s best recruits. 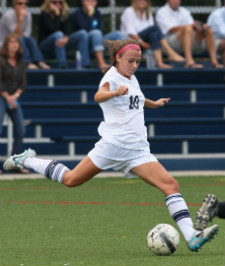 Before jumping into a team-by-team look at verbal commitments in the Ivy League, if you’re committed to one of the programs below or would like to submit your commitment to us, please email it to commit@topdrawersoccer.com.

While it was only a third place finish for the Bears, 2013 offers something to build upon and the trio of committed players will look to bring something to the team in the fall. SoCal defender Sarah Cobb is an impact player for both club and high school, while Annaly Ferrell is a consistent starter on her ECNL side and will look to adapt quickly to the DI level.

A new coach is in charge of the New York program, as former LIU Brooklyn head coach Tracey Bartholomew was hired by Columbia at the end of 2013. How that impacts this recruiting class remains to be seen, though the Lions looked far and wide for help this coming year. Perhaps most intriguing is the addition of Holly and Natalie Neshat, twin standouts on a strong San Diego Surf side.

After a last place finish in the Ivy last season, improvement is likely to be the main target for the Big Red. A recruiting class that can make a difference must be a part of that, and midfielder Katerina Weikert is one of those ready to bring something to the table. The No. 63-ranked recruit and NSCAA All-American last fall, Weikert could be the catalyst for a step forward this season.