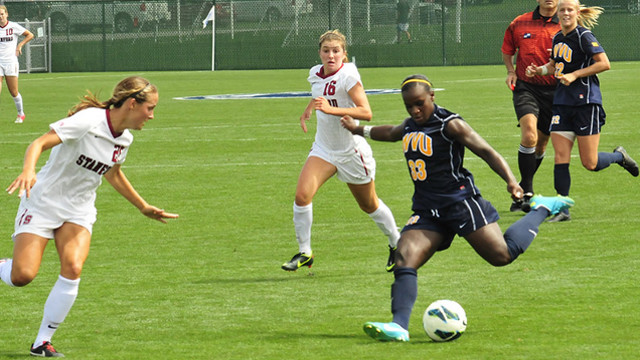 The Missouri Athletic Club Hermann Trophy Watch list released at the beginning of the 2012 women’s college soccer season had 38 names on it.

By Nov. 29, the NSCAA will narrow down the list to 15 semifinalists, with 3 finalists named on Dec. 6 and the award given at a ceremony in St. Louis Jan. 11.

Last week we looked at the first 19 (alphabetically) nominees, today we are reviewing the seasons of the other 19 on the Watch List.

Lindsi Lisonbee Cutshall, BYU – The tall defender anchors the BYU back line that surrendered just 10 goals all season despite the team’s all-out attacking style. She has started every game this season for the #2 Cougars and was named West Coast Conference Player of the Year.

Bry McCarthy, West Virginia – The dynamic outside back was a consistent threat going forward, was named Big 12 Defensive Player of the Year.

Tiffany McCarty, Florida State – Coming back from an injury last season, McCarty has gotten stronger as the year has gone on, having now scored 15 goals with 5 assists, including a big weekend in the just-concluded second and third rounds of the NCAA Tournament. She was named All-ACC, Second Team. 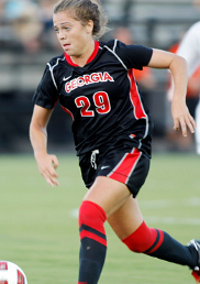 Christine Nairn, Penn State – The senior pulls the strings from midfield for the high-powered (72 goals) Penn State attack. Nairn has scored 15 of  her own and added 11 assists. She was voted All-Big Ten for the fourth time in her career, and also Big Ten Midfielder of the Year.

Alexa Newfield, Georgia – Suffered a season-ending knee injury in the third match of the season.

Christabel Oduro, Memphis- Started 15 of 17 games for the Tigers, scoring 13 goals and adding 8 assists. Was voted All-C-USA, First Team, and a repeat winner of the Conference USA Offensive Player of the Year award.

Emily Oliver, Stanford – After an early-season injury, rebounded to play 14 games in goal for the #1 Cardinal, recording a 0.47 goals against average and a .880 save percentage, with a 14-0 won-loss record. The junior was voted All-PAC 12, First Team.

Michelle Pao, Pepperdine – In 19 matches for the Waves, the outside defender scored 2 goals and added 9 assists. She was voted All-West Coast Conference, First Team for the third consecutive season.

Katie Stengel, Wake Forest – Missed the early part of the season as she was in Japan with the U20 Women’s National Team. Scored 9 goals and added 4 assists in 15 matches. The junior was voted All-ACC, First Team.

Mallory Schaffer, William & Mary – Started all 20 games for the Tribe, scoring 10 goals, with 3 assists. Was voted CAA Player of the Year.

Becca Wann, Richmond – Missed the early part of the season due to duty with the U20 Women’s National Team at the World Cup, but returned to score 7 goals for the Spiders. Was voted All-Atlantic 10 Conference, Second Team.

Kathryn Williamson, Florida – Struggled with injury this season, playing 8 games in the back line for the Gators.