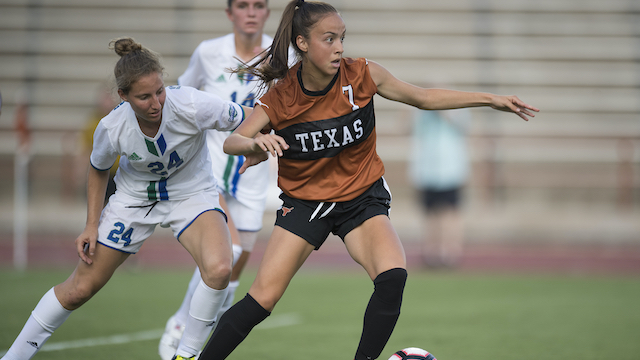 Reps. Anthony Gonzalez (Ohio) and Emanuel Cleaver (Missouri) introduced a bill to the U.S. House of Representatives on Thursday that would address the ongoing battle over name, image, and likeness (NIL) for NCAA athletes.

USA Today reported the news on Thursday with some additional details including that “athletes who make endorsement deals will not be considered school employees.” They also reported that NCAA is planning to “loosen its NIL rules” with votes to be taken in January for the 2021-2022 academic year.

The bill hold extra significance as it would preempt any of the state legislation, which has come forward in Florida, California and other states over the last few years.

NIL has been a hot button topic for soccer coaches and members of programs over the past year, as some concern has grown about what will happen to non-revenue sports in the aftermath of college sports changing so athletes have the opportunity to profit.

There is evidence suggesting that NIL could be a huge help for college soccer in the future, as more athletic departments embrace helping athletes into this new industry.

Texas is not the first program to embrace this future and plan ahead for helping student-athletes rightly prosper under NIL. The Longhorns have extra significance though the prominence of the brand in the sports world.

Texas also has reason to be at the forefront of this move considering the recruiting class coming to Austin in 2021, which consists of multiple Youth National Team players, and the players on the current roster.

Longhorns head coach Angela Kelly has brought in top players from all over the world, including some who have already been proactive in growing their brand. The proposed NIL would be a huge help for junior midfielder Julia Grosso who has over 25,000 followers on Instagram.

NIL discussions will always focus on football and basketball in the national media reporting as we close in on the NCAA vote in January, but soccer (and especially women’s soccer) often is the sport with the most popular athletes on campus.

NCAA programs who are proactive like Texas and Nebraska will benefit the most from planning for the future to help student-athletes traverse a new world in college sports.