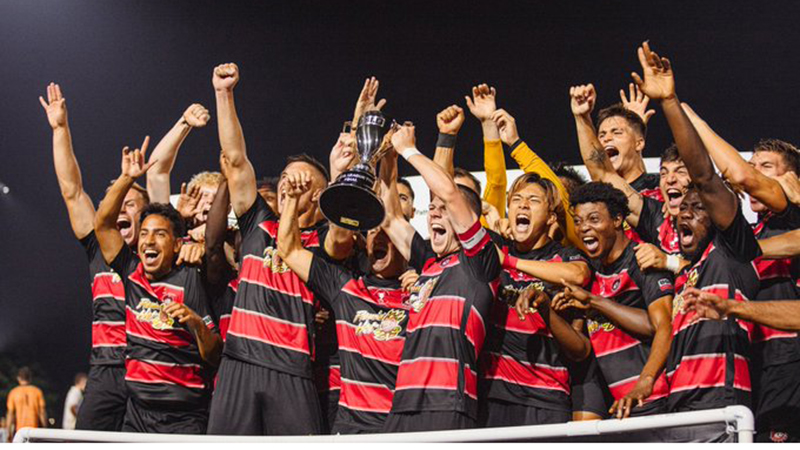 Another USL League Two season is in the books.

In a matchup between two heavyweights from one of the top summer leagues for men’s college players, Des Moines Menace did just enough to defend home turf.

Syracuse senior Manuel Busquets accounted for the game’s lone tally, a second half breakaway that he just managed to get a toe on in the 55th minute.

We have an opener folks! @MenaceSoccer94’s Manel Busquets makes his way around the Fusion U23 keeper and slides one in.

The Des Moines back line kept a zero versus the fusion to lift another trophy.