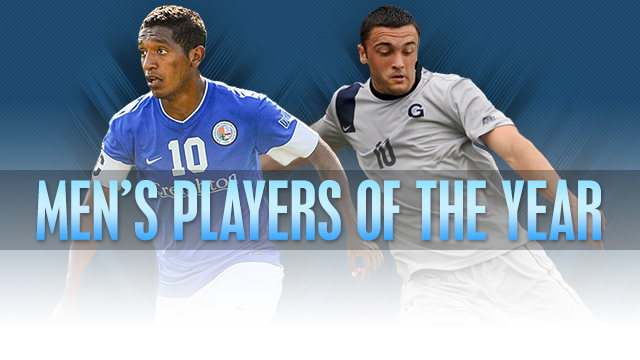 Jose Gomez of Creighton and Brandon Allen of Georgetown are the Players of the Year for upperclassmen and freshmen, for the 2012 season.

The honors are part of the TopDrawerSoccer.com Team of the Season, also announced today.

Gomez is a top-ranked prospect as a midfield string puller, who was cast as a forward for part of the season out of need. He recorded 6 goals and 9 assists in leading the Bluejays to this weekend’s College Cup, but his ability to control a game from the  middle of the park is the attribute that statistic cannot show.

Allen is a freshman goalscorer, finding the back of the net 15 times so far for this year in helping the Hoyas to a College Cup appearance. Allen combines raw strength with excellent (obviously) goal-scoring instincts.

Click here for the women's players and teams of the season.