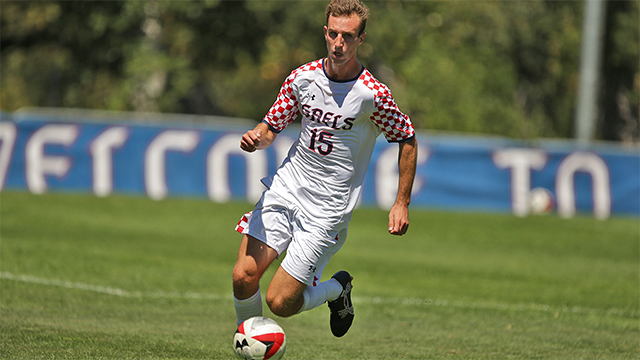 What happened in 2018: A close race ruled the day during the 2018 MAAC regular season campaign, as Fairfield narrowly finished on top, one point ahead of Quinnipiac. Marist and Iona College(m) were followed by fifth place Rider, who got hot at the right time, winning the conference tournament and automatic bid to the NCAA tournament.

What to expect in 2019: Picked as the preseason favorite, Fairfield’s returning core suggests that they’ll be in the hunt once more for the regular season championship; last year’s inability to clinch the automatic bid is sure to add fuel to the fire. Eamon Whelan’s return gives Quinnipiac a focal point in the attack, and another reason to believe that they could leapfrog Fairfield by season’s end. Rider, Marist and Manhattan round out the preseason top five.

What happened in 2018: West Virginia put together a perfect run in the MAC, winning all five of their conference games. While Akron’s fourth place finish was somewhat surprising, they put together an impressive run to win both the MAC conference tournament and advance to the national championship game.

What to expect in 2019: Seven of the players in Akron’s starting lineup from the title game are back, and a 17-player recruiting class is sure to inject talent around the pitch. If West Virginia can find a way to replace Joey Piatcyzc’s production, then they should be able to keep up and mount a challenge once again. Bowling Green has holes to fill, but brought in a strong recruiting class. Western Michigan put together an impressive 11-6-3 record overall in 2018, and head coach Chad Wiseman seems to have figured how to keep the program in the national conversation after their breakout in 2017. SIUE enters the season under a new head coach, as former Michigan State assistant coach Cale Wasserman was hired to lead the program earlier this year. Northern Illinois posted a strong 7-5-1 record in non-conference play, but won just one of five games in the MAC. Improving on that is their focus this year.

What happened in 2018: In their final season in the conference, Central Arkansas won the regular season, posting a 4-1-1 record, before also securing the automatic bid in the tournament. Missouri State impressed out of conference, going 7-0-4 before logging a 2-2-2 record in MVC play. Loyola-Chicago was solid, finishing in second place with an overall record of 10-7-2.

What to expect in 2019: Central Arkansas’s move to the Sun Belt Conference for men’s soccer opens up a gap at the top of the six-team league. With seven starters back, Missouri State will fancy its chances of making a push. There’s plenty of experience and quality from the other programs, including Loyola-Chicago, Drake, Bradley, Evansville and Valparaiso to suggest that it could end up being a very close race that goes down to the wire.

What happened in 2018: Before rebranding as LIU, LIU Brooklyn secured the regular season NEC title with a 6-2 record. That pipped Saint Francis (PA)(m), Fairleigh Dickinson and Bryant. St. Francis Brooklyn which had dominated the conference prior to last fall, checked in at fifth place. LIU ensured it was a clean sweep by securing the tournament title to secure the conference’s automatic bid.

What to expect in 2019: There’s a new program in the conference, with Merrimack making the move to Division I soccer for this season. As noted, LIU looks to make another push, despite losing a raft of talent from last year’s squad, and moving their soccer program to a new location with Michael Mordocco taking over as head coach. Kevin Smolyn and Alex Morgret are two All-NEC honorees back for Saint Francis (PA)(m), which was voted to win the conference. St. Francis Brooklyn will look to bounce back, while Fairleigh Dickinson, Bryant and LIU rounding out the top five in preseason polling. The dark horse to watch is Mount St. Mary's, which is building after re-starting the men’s program in 2018.

What happened in 2018: After a strong regular season performance, Loyola (MD) entered the conference tournament as regular season champs and the No. 1 seed. However, it was Colgate that emerged with the automatic bid, beating Army 1-0 in the championship game. Army had knocked off Loyola in the semifinals.

What to expect in 2019: For all the progress that Loyola (MD) has made since posting a 2-13-2 record in 2015, Patriot League tournament success has eluded them. Brian Saramago’s ability to score and create goals will be pivotal in that quest. Looking to stand in their way will be the likes of Army, bolstered by the three-time preseason defensive player of the year Zac McGraw. Colgate is equipped and was voted to keep things close with the Greyhounds, while Lehigh and Boston University have enough returning talent to put together strong seasons.

What happened in 2018: A three-team race saw Mercer claim first place with a 5-1 record, two points ahead of East Tennessee State and three ahead of Furman. It was the Paladins that would win the conference tournament however, securing the automatic bid into the NCAA tournament.

What to expect in 2019: The return of Trevor Martineau, who was named both the Freshman and Player of the Year last fall, is one of several reasons why Mercer earned the preseason favorite label fellow coaches. That being said, a reprise of last year’s race wouldn’t be a shock, with Furman and East Tennessee State both well-stocked once again. UNC Greensboro enters the season with a new head coach, as Chris Rich moved from Duke to take over the SoCon program.

What happened in 2018: Under head coach Jamie Franks, Denver’s domination of the Summit League continued. With senior Andre Shinyashiki enjoying one of the most prolific scoring seasons in recent history, the Pioneers won the regular season crown and conference tournament. It came to a premature end in the NCAA tournament, as the Pioneers lost 2-1 in the second round to Air Force.

What to expect in 2019: Someone needs to replace Shinyashiki’s production, and Franks has responded shrewdly. He added three transfers: Preston Judd, Danny Barlow and Joshua Drack, to compliment a solid recruiting class. That should help Denver live up to expectations as conference favorite, although any drop off could open the door for Omaha or perhaps even Purdue Fort Wayne.

What happened in 2018: The five-team league featured a close race, with Georgia State winning the regular season title. They finished just a single point ahead of Appalachian State and Georgia Southern, with Coastal Carolina in fourth and Howard in fifth.

What to expect in 2019: Central Arkansas joined the Sun Belt for this season as an Associate member of men’s soccer only. It could add a wrinkle to the race for first place, and if the Preseason Coaches’ Poll is anything to go by, plenty of uncertainty. Coastal Carolina was voted as the favorite, but only just ahead of Georgia State. Four of the six programs received a first-place vote, including newcomers Central Arkansas and Georgia Southern. Appalachian State can’t be counted out of the mix either, while Howard seeks to improve after a winless Sun Belt campaign in 2018.

What happened in 2018: An unbeaten season for St. Mary's (CA) provided not only one of the stories of the college soccer season, but also led to a regular season title for the Gaels. Pacific wasn’t too far behind, finishing four points off the pace. Portland, despite a 3-3-1 record in the WCC, finished in fifth place, but an overall record of 12-4-3 was sufficient to receive an at-large tournament bid. St. Mary's (CA) lasted the longest in the tournament, winning their second round match before bowing out to Stanford on penalty kicks, finishing the season without a loss.

What to expect in 2019: The landscape has shifted significantly since last season. San Francisco and Pacific have new coaches, after Ryan Jorden departed Pacific for UCLA. St. Mary's (CA) brings back the kind of talent that makes them favorites. Portland's recruiting class should combine with their returning talent to give the Pilots the injection of talent needed to be competitive in the conference and beyond.

What happened in 2018: Dominance on home turf spurred Air Force to an 8-2 record in the WAC, good for first place just ahead of a surging UTRGV side and a successful Seattle outfit. Grand Canyon, Utah Valley and UNLV weren’t too far behind either. From the fray, Grand Canyon went on a run to the conference tournament title to secure the automatic bid. In the tournament, GCU took UC Irvine to penalty kicks, coming up short after a 1-1 draw.

What to expect in 2019: Projecting a winner here seems like a perilous task. According to the Coaches’ Poll, Seattle edges the field, but UTRGV, Air Force, Grand Canyon and San Jose State received first place votes. UNLV can’t be counted out after a stellar season of their own a few years ago, not to mention the injection of a recruiting class that includes a few of New Mexico’s castoffs. UTRGV, behind Kyle Awards and William Akio, might have the firepower to go the distance as well.