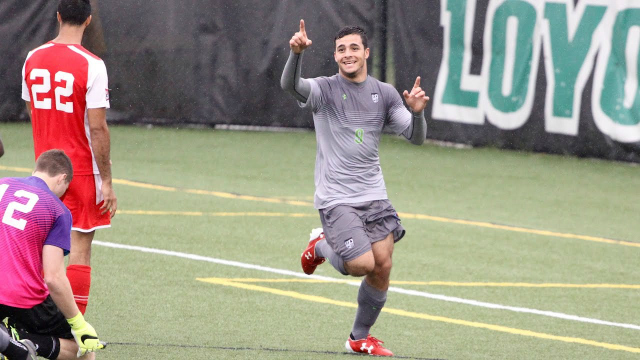 The implications are huge once against this weekend in conference action, as ACC, Big Ten and Patriot League matches are on the horizon.

These are five of the biggest matches to keep an eye on starting Friday.

Two of the best in the ACC and in the nation square off at Dr. Mark & Cindy Lynn Stadium in Kentucky, as North Carolina pays a visit to Louisville. Both teams are loaded with talented, and well drilled under their respective head coaches. Senior Alan Winn heated up after missing the first few games of the year with an injury, sitting on eight goals in 10 games. But it’s sophomore midfielder Cameron Lindley that bosses the show in the UNC midfield, as he has six goals and eight helpers on the year so far. Keeping pace with UNC’s attack is the key for Louisville, which has plenty of weapons. Tate Schmitt’s been solid and steady to this point, Mo Thiaw is heating up, and senior outside back continues to work wonders on both sides of the ball. Whatever happens, this test will have far-reaching implications in the ACC chase and NCAA tournament seeding.

It’s a critical two-game stretch for the Retrievers, as they come into Saturday’s clash on the back of a 3-2 loss in America East play against UMass Lowell. Albany’s continued to put together another strong season, as senior star Afonso Pinheiro continues to deliver in clutch situations. The America East race remains wide open however, especially with Albany also losing mid-week against New Hampshire. Keeping things tight at the back has been a foundation for UMBC’s success, as freshman goalkeeper Ciaran O'Loughlin’s enjoyed a solid debut campaign in goal. If Pinheiro and the Albany attack can be quieted, that bodes well for a UMBC win at home.

The regular season race for a Patriot League crown heats up with this decisive clash in Boston. Loyola hasn’t quite fired at the same heights as they did a year ago, as the limited availability of Brian Saramago has hindered them in the final third. The sophomore’s recently started to see more minutes, scoring over the weekend and tied with Barry Sharifi for the team lead. The Terriers have overcome a poor non-conference record, sitting pretty with four wins from four Patriot League games thus far. Freshman Peter Kargbo’s led the team in minutes played, anchoring the spine for a defense that’s yet to concede in league play. Another win will take BU a step closer to hosting the Patriot League tournament, a decisive factor with an NCAA spot on the line.

After a strong start to the season, the Buckeyes have hit a bit of a rough patch ahead of a trip to Indiana to face the best college team in the country. Three losses in a row, one goal scored and seven conceded doesn’t help, especially against a program that’s given up two goals all season. It’s been seven games since the Hoosiers have let in a goal, as freshman Trey Muse backstops an impervious back line led by Grant Lillard. The freshmen forwards, Mason Toye, Thomas Warr and Griff Dorsey, have brought the offense needed to turn Indiana into a title contender. Ohio State would receive a huge boost with a massive win, though it’ll take a memorable performance.

The Golden Bears saw their winning streak snapped in disappointing fashion last weekend, unable to muster any offense in a 3-0 defeat against Stanford. A visit from Washington caps off two games against Pacific Northwest opponents, before Cal hits the road next week. Jose Carrera-Garcia and Paul Salcedo-Borrego need to be influential, as the senior duo have the potential to break games wide open. Junior Shinya Kadono leads the team with five goals, and he’ll need to be on point against the Huskies. For Washington, Handwalla Bwana continues to improve and influence games despite the team falling short last weekend against UCLA. Freshman Blake Bodily has also stepped up and been excellent for Washington.