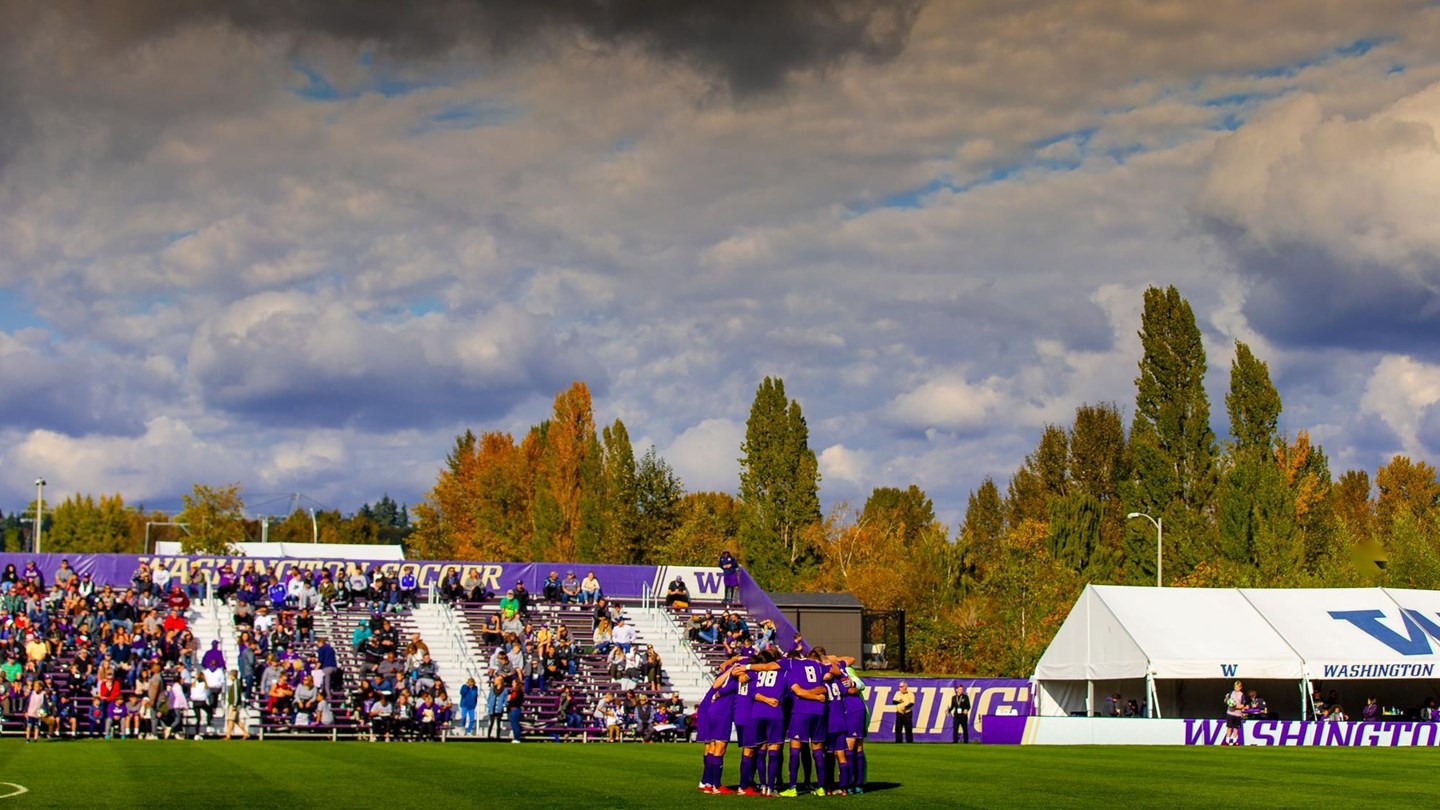 The men’s Division I field marches towards the second round on Sunday.

Preview and get the predictions from all 16 matches below.

It’s a huge clash to kick things off on Sunday in Bloomington, as Kentucky makes the trip up to Indiana after beating Loyola-Chicago in overtime. The two sides met earlier in the season, drawing 0-0. Jason Reyes was back on the field for the Wildcats Thursday night, and his return will be crucial to trouble a stout defense. For Indiana, the key to both winning here and how deep they can go is how their freshmen perform. Aidan Morris, Joshua Penn, Herbert Endeley, Roman Celentano, have been excellent. Keeping that up and besting UK’s stout defense is not going to be easy.

Awarded a top four seed, Georgetown’s reward is to face off against the fourth-place team in the ACC, as Pitt heads to the Hilltop. The Panthers absolutely have what it takes to beat the Hoyas, but will need to be at their best. Jacob Montes has carved up opponents all season off the dribble, a nice compliment to attacking pieces Achara and Derek Dodson. The former came off injured in the Big East tournament final, so if he’s not able to go, it’s a definite blow to the team’s offense. Edward Kizza is the key name for Georgetown’s back line to track, as the junior forward has 12 goals and four assists, including in Thursday’s first round win against Lehigh.

As the No. 1 overall seed in the tournament, it does seem a bit cruel that the Cavaliers open up the season against a 17-win team in Campbell. Add in the fact that the Camels have the nation’s third overall attack, and this is far from a straightforward matchup for the national champion contenders. The good news, however, is Virginia is a very, very good team. Campbell will need to find a way to crack the top defense in the country, while Daryl Dike can boss a game in the final third. Joe Bell returns from international duty with New Zealand to boot. But if Thibaut Jacquel can get going against the likes of Henry Kessler, the Big South champs have the horses to make this a close game.

The Horizon League champs secured arguably the upset of the first round, defeating Notre Dame 3-2 in South Bend. Their reward is a visit to Ann Arbor, against a quality Michigan side that need big games from Jack Hallan and Nebosja Popovic in the final third. As they’ve done all season, Wright State can score, as Deri Corfe and Stefan Rokvic have tallied 22 goals and added 13 assists between the two of them. There’s little doubt that Wright State have every chance of moving on in this matchup but Michigan should have just enough.

Before Marshall even learned its opponent in the second round of the tournament, the Conference USA champions had sold out the game. That doesn’t appear to have changed, as the clash is now a battle for state bragging rights, after WVU trounced Butler 5-1 on the road. It’s a huge chance for the Herd to continue to back up a sensational season. Freshman Milo Yosef provides pace up top, while goalkeeper Paulo Pita is excellent. The Herd are strong favorites here, as the Mountaineers will need another great game from someone like Rodrigo Robles Grajera, who scored twice against Butler, to keep pace with Marshall.

Looking for a potential upset? New Hampshire’s trip south to Blacksburg is high on the list. The Hokies have emerged as a consistent ACC power, but will need to crack UNH’s quality defense, led by Josh Bauer, to progress. Kristofer Strickler needs to continue to produce, while freshman Daniel Pereira has been one of the nation’s top first-year players. This game has the makings of a close one, and is going to show just how good the America East champions really are.

It’s been another dominant season for the Gaels, who are back in the NCAA tournament, eyeing an even deeper run this time around. The arrival of UCSB to campus is a big challenge, even when considering the gaudy numbers SMC has put up this time. Anders Engebretsen leads the team with 16 goals and eight assists, with Jake Rudel and Joseph Restani offering nice compliments in the attack. Defensively, the team is strong, boosted by midfielder Sebastian Schacht and defender Filippo Zattarin. On the other side, the Gauchos have quietly had an impressive season. Thibault Candia and Rodney Michael have cause the most trouble, and need to be sharp for UC Santa Barbara to pull off the win against a very good team.

An all-New York clash sees the Orange travel to the Big Apple, as St. John’s looks to snap a two-game losing streak and progress to the next round. Freshman Luther Archimede came through in a big way in the Orange’s narrow 3-2 win against Rhode Island. He scored the opening goal and won the penalty kick that Ryan Raposo converted as the game winner. Raposo had a had in all three goals, and is crucial to his team’s chances in this one. The Red Storm fell in back-to-back matchups against Providence, and Tani Oluwaseyi remains their key player in the final third. St. John’s can rectify a late-season mini-slump, as they have just one win in the last five games. It would be the perfect time to do it.

How far can Penn State’s resurgent season take them? The Nittany Lions welcome a tough, tough Providence side that eased past NJIT by a 2-0 score in the first round. Senior midfielder Aaron Molloy is the heartbeat of the team, and him and Liam Butts are going to be critical in a matchup that could be high-scoring. Trevor Davock’s late season surge continued in the win over NJIT, as he tallied a goal and an assist. He’ll be one of many players that can provide game-changing moments in what should be a competitive matchup.

Is this the game of the round? The 2018 defending champions travel south to Winston-Salem, looking to end Wake’s season at Spry Stadium. Which Maryland shows up is going to be critical. Is it the team that powered four goals past Iona on Thursday in a comfortable win? Or the version from the Big Ten semifinals, where they were dominated for long stretches by Indiana, only to be saved by freshman Niklas Neumann. The same can be said about Wake Forest, as well. Dominant in flashes, forwards Calvin Harris, Machop Chol and Justin McMaster can cause all kinds of issues. But Maryland has the potential to be resolute defensively, throwing the Demon Deacons off their game. There’s plenty of potential for an instant classic here.

The Bears backed up their undefeated record on Thursday night, holding off the challenge from Denver to the tune of a 1-0 record. Up next, a trip to Orlando is on the cards, looking to end UCF’s excellent season. Cal Jennings remains the main threat on a talented Knights team that will be pushed to the limit by MSU. Between Matthew Bentley and Josh Dolling, there’s firepower to keep pace with Jennings and company.

Like UVA, Clemson’s first matchup in the NCAA tournament is no easy task. Add in the fact that ACC Defensive Player of the Year Malick Mbaye will sit this one out after picking up a red card against Virginia, and Clemson could be on upset watch. If Robbie Robinson is good to go – or even if he isn’t – the team’s attack could still be on the front foot, through Grayson Barber, Kimarni Smith or James Brighton, they’ll give the 49ers back line plenty to deal with. Charlotte has the defensive capabilities to keep this close, and head coach Kevin Langan will have his team prepared. Can they pull it off?

The Cardinals picked the right time for a breakout performance, scoring goals for the first time in 2019 in Thursday’s win against South Florida. Even better, the defense shut down the Bulls, limiting them to just a pair of shots on the evening. The offense will need to be clicking against an Aggie side that’s given up just 12 goals in 19 games.

Tournament time is here, making Stanford a must-track team as the Cardinal look to compete for a national championship once again. First up is the visit of a Seattle side that’s coming off an impressive 3-1 road win against Loyola Marymount. Unbeaten in 15 games in a row, they were without WAC Defensive Player of the Year Nkosi Burgess against Loyola Marymount. If they are to pull off a second straight win on the road, Declan McGlynn, James Morris and Jesus Ortiz need to be clicking. Tanner Beason’s return is the X-Factor here for Stanford. If he’s able to marshal another stout defensive effort, a win here and College Cup right won’t be out of reach.

After beating Yale by a 3-0 score in the first round, the Eagles cross the country for Seattle and a matchup against the No. 6 overall seed in Washington. Boston College has a young and talented group, led by Amos Shapiro-Thompson, Stefan Sigurdarson and Mike Suski. The latter scored a goal and added an assist versus Yale. They’ll need to be at their best against a strong defensive team like Washington. Ethan Bartlow’s inclusion here is something to watch out for, as he missed the final game of the season. The Huskies have gotten Dylan Teves back in the mix, a nice addition to the likes of Pac-12 Player of the Year Blake Bodily and forward Lucas Meek.

With a goal in overtime, Coastal Carolina punched its ticket to North Texas, as Tyrone Mondi provided the winning tally. Heading to SMU and pulling off the same is an even steeper challenge, as the American Athletic Conference champs are formidable in just about every phase of the game. Garrett McLaughlin remains the team’s leading scorer, but he’s just one of several players that can cause issues for Coastal’s back line.