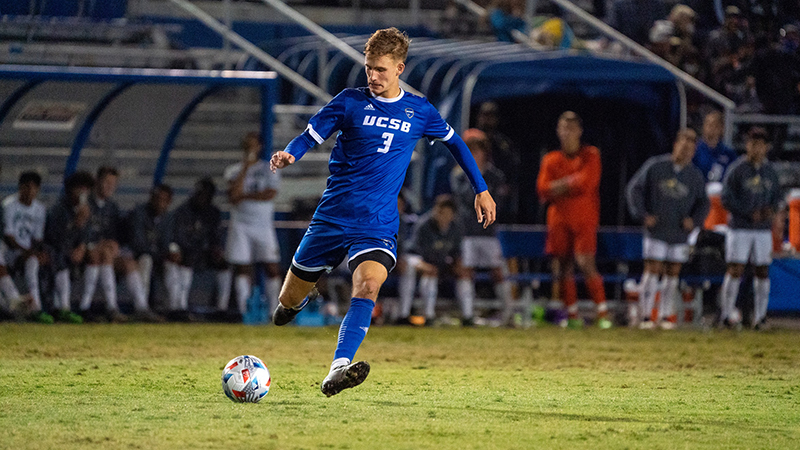 Several intriguing first-round matchups are scheduled for Thursday as the men’s Division I tournament begins.

It’s not a far trip for the Tigers, as they head to Queens for a difficult matchup against a tough St. John’s team. The back line is good for the Big East side, and will be a tough nut for Kevin O’Toole and the Ivy League attack to crack. Lucas Bartlett and Brandon Knapp have the ability to control the spine for the Red Storm. Scoring goals were the issue for St. John’s down the stretch; Bartlett (a center back) is their leading scorer with five tallies. St. John’s can go on a run if they can score goals, but they’ll need to get past Princeton first.

The Greyhounds finally made it back to the NCAA Tournament for the first time in 12 years. Justin Ingram helped deliver the Patriot League tournament title, with a trip to Chapel Hill the reward. UNC has talent, though it went through an up-and-down season. Freshman Tega Ikoba and his ability to create danger will be in focus, though the Patriot League side are not without quality. Chase Vosvick can certainly help Loyola win a game, so if the UNC attack isn’t clicking an upset could be possible.

The Southern Conference champs make the trip to Winston Salem for a tricky matchup against the ACC side. Injuries hampered the Deacons at various points during the season, so if Babacar Niang is available and fit, he’ll be a good attacking addition alongside Kyle Holcomb. Former Atlanta United Academy player Dylan Gaither has been excellent in 2021, leading the team with 13 goals. There should be a bunch of goals in this one.

A strong surge at the end of the season catapulted Vermont into the tournament, culminating with a 1-0 win in the America East tournament championship game. Villanova are a relatively straightforward side, looking to sit in, be tough to beat and spring Lyam MacKinnion on the flank. Senior Alex Nagy is one to watch for Vermont, as he led the team with 10 assists.

Another belter of a first-round matchup sees the Big South champions head to Blacksburg. Campbell is one of the most underrated teams in the nation, having scored 54 goals in 20 games. Tyler Young, Kemy Amiche and Jake Morris have all contributed goals. Jacob Labovitz leads the Tech attack, and if he can get free, there will be chances for goals for him and his teammates.

The side from Ohio did just enough to get over the line, at least in the eyes of the committee. The Falcons have talent, whether it’s the experience of defender Jake Erlandson or MAC Freshman of the Year Alberto Anaya. But if they concede five times against Northern Illinois, facing Louisville represents another impressive offense. Aboubacar Camara has enjoyed a breakout fall, with 13 goals on the season. Pedro Fonseca is the setup man. Shackling that pair could set the groundwork for a road win.

Six straight wins by Lipscomb have them rolling into the first-round trip to Long Island. Both programs hit the 40-goal mark in the regular season, as Ryan Carmichael (13) and Matthew Vowinkel (11) led the way for the Pride. Tyrese Spicer and Hayes Wood are the leading scorers for the ASUN champs. Again, another match with plenty of goals likely.

The theme of goals could very well continue here, as another pair of impressive mid-major attacks line up against each other. NIU have the home field advantage, along with MAC Player of the Year Nick Markanich. Horizon League champs Oakland have finished strong down the stretch, as Noah Jensen is clicking and in-form after a slow start to the season by his lofty standards.

The WCC champs were rewarded for a strong season with a plane ride to Ohio, where they’ll face a formidable Akron side on home turf. The Zips missed out on a top four finish in the MAC, and the conference tournament. But they have the quality in Diego Pacheco, Ryan Kingsford and Jason Shookalook. Away from home, Santa Clara have been solid, posting a 4-1-2 record. Beating the Zips isn’t going to be an easy task, and a big game from Oladayo Thomas is going to be essential.

After another stellar season in the Missouri Valley Conference, Missouri State eyes up another win against a big program in the tournament. The Bluejays finally got back to the tournament for the first time in 2016, doing just enough to get an at-large bid. Diego Gutierrez put together another brilliant campaign, scoring 9 goals and chipping in 7 assists. While Missouri State’s record is impressive, their best opponent on the season (Tulsa) beat them by a 3-0 score. Going up against Creighton is an opportunity to demonstrate that they can handle a high-quality opponent at home.

Expect a hard-fought battle between these two programs, as both are perennial contenders in their respective conference. Joe Brito (5 goals, 10 assists) and Preston Popp (8 goals, 3 assists) have popped up with big goals on a regular basis for the 49ers and will look to do so here. MAC tournament runners up Georgia State will be a difficult out, even at home.

MAAC winners Marist hit the road for the Big East side, which is one of the best playing in the firs round. The Friars have ample weapons, including Brendan McSorley, Luis Garcia and Gevork Diarbian. On the other side, Marist packs plenty of punch, whether it’s Stefan Copetti, Kyle Galloway or even defender Huib Achterkamp. Marist have already shown that they can go on the road and beat a Big East opponent, as they topped St. John’s at their place earlier in the year.

After surviving a pair of penalty shootouts in the NEC tournament, LIU heads south to College Park for a big challenge against the Terps. Emil Jaaskelainen is the one to watch here, as the 15-goal scorer aims to lead LIU to the upset. The Terps have plenty of attacking weapons, and if they are clicking, a deep run is possible. Josh Bolma, Jacen Russell-Rowe and Benjamin Bender are the ones to watch for the home side.

A rematch of a regular season classic, Seattle lost 3-2 at Portland back on September 17. The approach from each side is going to be crucial here. If both look to play it safe, a low-scoring encounter is all but certain. It’s a crucial matchup between each team’s strengths, as the attack of Seattle will look to make inroads against a solid Portland back line. Declan McGlynn and Levonte Johnson will seek the early goal for the visitors, as they have a bit more offensive thrust than the Pilots.

Despite coming up short in the WAC tournament final against Seattle, Grand Canyon had enough of a resume to earn a well-deserved at-large bid. Denver doesn’t exactly have a high-flying offense, scoring just 19 goals from 17 games. If the likes of Justin Rasmussen and Shaun-Chris Joash get going, the Denver defense will have to be on point in order to keep the Pioneers close.

A matchup between two classic contenders, it’s a return to the tournament for UCLA, the first since 2018. UCSB spun together an impressive run back in 2019, coming close to a spot in the College Cup, before sitting out the 2020-21 season. An attacking collective approach has boosted UCLA, with Tucker Lepley, Tommy Silva and Kevin Diaz all chipping in goals. The attacking edge goes to UCSB, which scored 43 goals in 20 games in the current season. Finn Ballard McBride led the team with his 9 goals and 7 assists and has the capacity to cause UCLA problems.